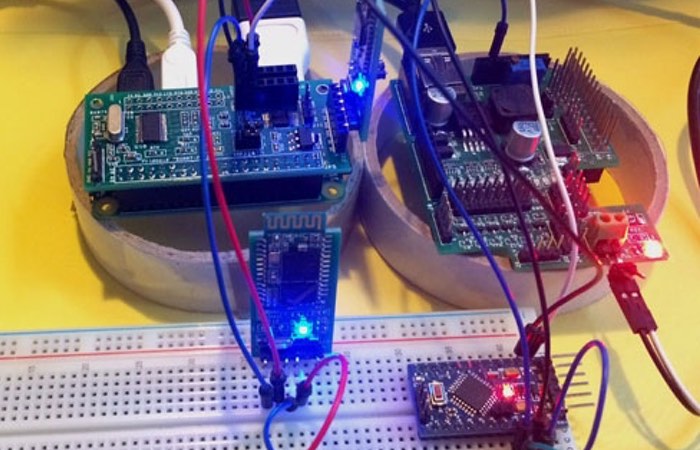 Raspberry Pi enthusiasts may be interested to know that a new range of UART HATs has been created by Tony Chang based in Nottingham within the UK. Which have been specifically designed for both the Raspberry Pi and smaller Raspberry Pi Zero devices.

The UART HATs support the full range of hardware from the model B+ up to the latest third-generation Raspberry Pi mini PC. Watch the video below to learn more about the new Pi HATs and their functionality.

During development / research for a project which needs more than 1 UART Port, the common replacement for the Raspberry Pi is the “Arduino MEGA”. This is because the MEGA provides 4 UART’s which can be used at the same time creating a multi UART device.

When using UART on the Raspberry Pi you are very limited on how you work around this limitation, but we also know that the Pi 3B has a built in WiFi & Bluetooth module. In the Raspberry Pi 3B the Bluetooth uses the only UART which further limits the use of the Pi.

Most solutions for External UART controllers come as a USB to UART converter, which takes up space and brings the design out of the Raspberry Pi’s small form factor. To counteract all the limitations of the Raspberry Pi, we have built a board which simply connects through the Pins on the Raspberry Pi as usual, but include access to extra UART’s without limiting the Pi any further or without a special image. Included is our own software which manages, controls, and watches the UART ports. The software comes as a terminal program, and multiple GUI programs, each will report the port location for easy to use manageable hardware integration.

Jump over to the Kickstarter website via the link below for more details and make a pledge to help the UART Pi HAT make the jump into production.