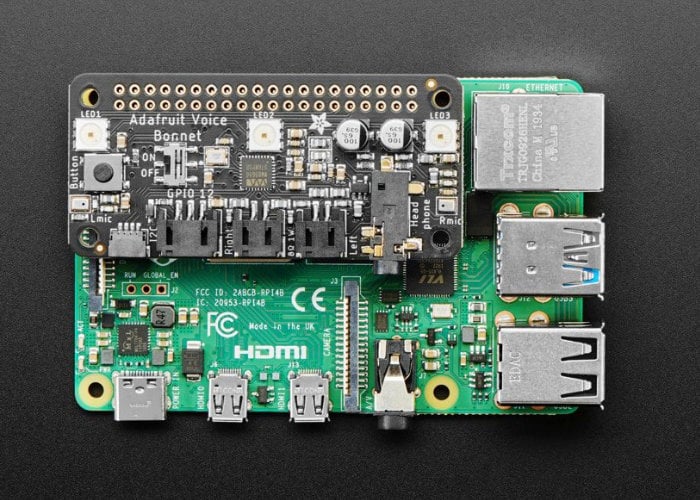 “We specifically designed this bonnet for use with making machine learning projects such as DIY voice assistants – for example, see this guide on creating a DIY Google Assistant. But you could do various voice-activated or voice recognition projects. With two microphones, basic voice position can be detected as well.

The on-board WM8960 codec uses I2S digital audio for great quality recording and playback – so it sounds a lot better than the headphone jack on the Pi (or the no-headphone jack on a Pi Zero). We put ferrite beads and filter capacitors on every input and output to get the best possible performance, and all at a great price.” 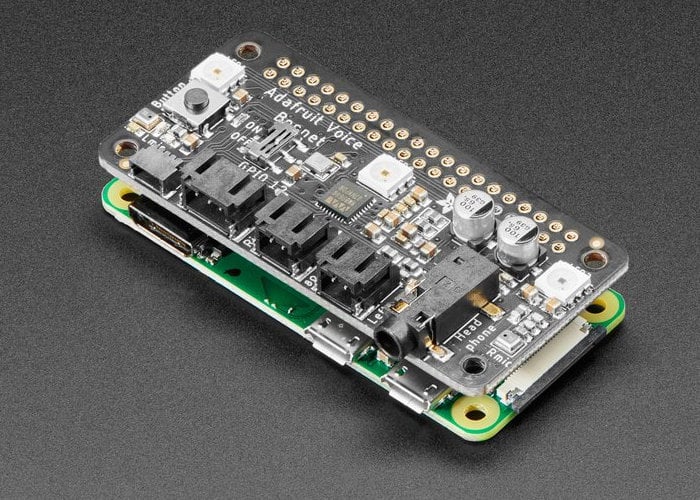 – WM8960 codec uses I2S digital audio for both input and output
– On/Off privacy switch to deactivate audio so you know it can’t be recording.
– Two analog microphone inputs (left and right)
– Two 1W speaker outputs
– 3.5mm stereo headphone or line-out audio
– Plugs into any Raspberry Pi with 2×20 headers
– Push button – Use to change modes, activate the voice assistant, anything you like!
– Three DotStar RGB LEDs – add LED feedback or make a rainbow light show
– STEMMA QT connector – plug in any of our I2C sensors, OLEDs, or accessories.
– 3 Pin JST STEMMA connector – for larger accessories, like NeoPixels, a relay or servo