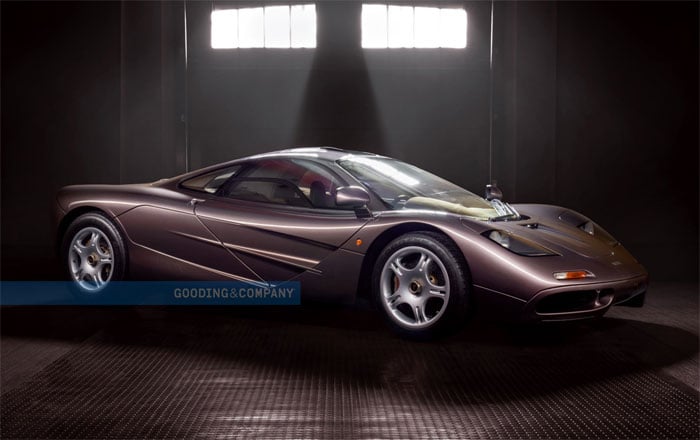 One of the most valuable sports cars from the 90s is the McLaren F1. The vehicle seen in the image here is a 1995 McLaren F1, chassis 029. The car was originally purchased by a Japanese collector where it sat mostly unused but well-maintained before being sold to an owner in the US. The McLaren has less than 390 kilometers since new and is in pristine and original condition down to the original date-coded tires.

The car is considered to be one of the finest and best-preserved McLaren F1 examples in existence. It’s the 25th road car built and the only McLaren F1 delivered wearing a color called Creighton Brown. The color was named after a McLaren executive instrumental in establishing the McLaren Cars company.

Brown exterior color is complemented by a light tan and dark brown leather interior. The car is heading to auction and includes accessories such as the McLaren service book, owner’s manual, FACOM tool chest, titanium toolkit, fitted luggage, Tag Heuer watch, and the official Driving Ambition book. The car is the lowest-mile F1 to ever head to auction and is expected to bring as much as $15 million.