T-Pain. T-Pain? The Auto-tunes guy. You know, the rapper/producer whose every lyrical enunciation sounds like it came from a robot? God bless auto-tunes, which has become an industry standard thanks to T-Pain (and to some extent, Cher), who has distorted pop music forever. 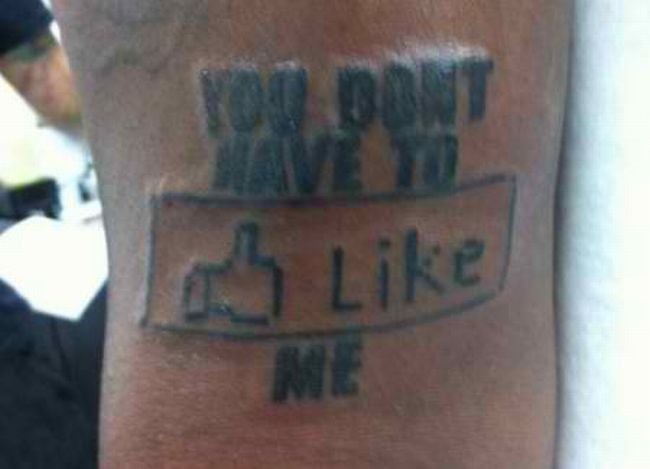 Anyway, this post has nothing to do with T-Pain’s auto-tunes achievements and instead bothers with a rather mundane topic: a tattoo. Skin ink. T-Pain has got lots of ’em, but his latest is quite a revelation. As indicated by the picture above, he got the Facebook [Like] button on his arm.

Turns out T-Pain is quite the tech aficionado and was highly visible during the 2011 CES at the beginning of the month. But that was for a reason. The reason being the “I Am T-Pain” auto-tunes microphone, which lets users work their own auto-tunes magic. But when it comes to the tat, he had this explanatory tweet explaining the new addition:

“I get a tatt every time I come to Hawaii. I think this ones [sic] pretty sweet, unless facebook shuts down soon.”