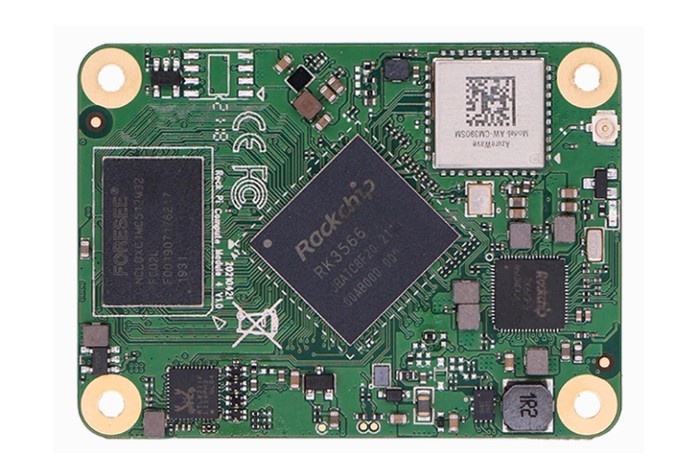 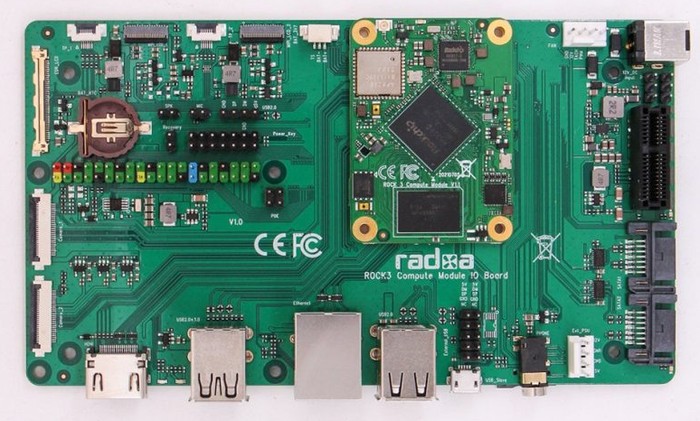 Features of the Radxa CM3 board include:

– Neural network acceleration engine with up to 0.8 TOPS performance
– Support for peak eMMC bandwidth up to 250 MB/s (rather than 100MB/s)
– 2 SATA connectors (one shared with a USB 3.0 connector, the other with PCIe 2.0)
– While it supports only one HDMI port (compared with two for the Raspberry Pi CM4), but adds a eDP support and dual MIPI-DSI connectors.
– There are 50 GPIO pins compared with 28 for the Raspberry Pi model.

“Radxa ROCK3 Computing Module(Radxa CM3) is a System-on-Module based on the ROCK3, containing processor, memory, eMMC Flash and Power Management Unit. These modules allow a designer to leverage the ROCK3 hardware and software stack in their own custom systems and form factors. In addition these modules have extra IO interfaces over and above what is available on the ROCK3 boards, opening up more options for the designer.”

For more details on the Radxa CM3 alternative to the Raspberry Pi Compute Module 4 jump over to the sites below.