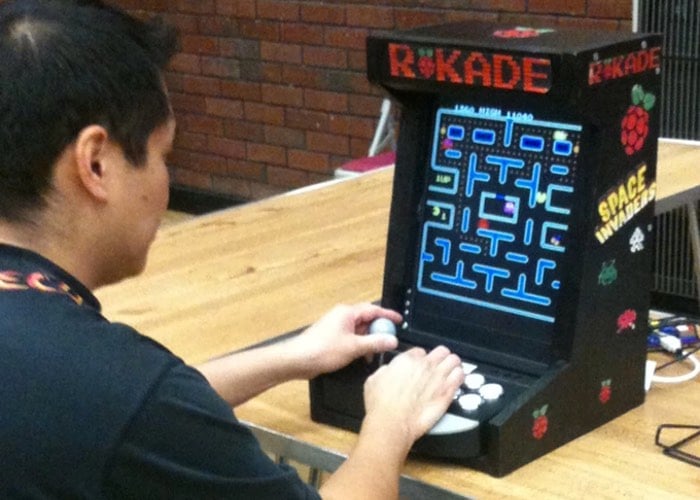 DTronixs has created an awesome Raspberry Pi Zero desktop arcade gaming system which takes the form of the R-Kade Zero and provides everything you need to be able to create the smallest and minimalist gaming system around, using the awesome Zero mini PC which costs just $5 or £4 to purchase.

Using the additional provided hardware you can then expand the system further to create a fully fledged gaming arcade cabinet the can be connected to a larger screen and expanded to provide any system you can dream up to power retro games for a number of older systems.

Watch the promotional video below to learn more about the hardware which has been developed by DTronixs who are based in Newcastle upon Tyne in the UK and have taken to the Kickstarter crowdfunding website to raise the funds they require to take their Raspberry Pi Zero arcade gaming system into production.

The creators of the R-Kade Zero explain more about its construction, specifications and inspiration.

R-Kade Zero is one of the smallest and minimalist gaming controllers around. If you add a tiny Raspberry Pi Zero and a case and you’ve built yourself a tiny video gaming platform. The central idea to this is an interchangeable gaming controller gives the player a choice for their favourite style of play. You can choose from a single joystick and 4 control button experience or go with a two joystick experience as an alternative. There’s even a classic D-Pad design lined up as a stretch goal.

The newest and smallest Raspberry Pi Zero is just perfect to be made into an Arcade/Video Game Console platform. The R-Kade Mini Arcade is still here but we couldn’t resist the prospect of making something evening smaller with the Zero. Prototyping R-Kade Zero was quick and easy as we have various joysticks and switches in our project boxes from previous arcade projects. As well as those parts we also had a couple of PCB modules with joystick and buttons lying around so they were put into service as well.

For more information on the new R-Kade Zero Raspberry Pi Zero arcade game hardware jump over to the Kickstarter website for details via the link below.If you found this article interesting you might also be interested in this list of awesome Raspberry Pi Zero projects we have created.