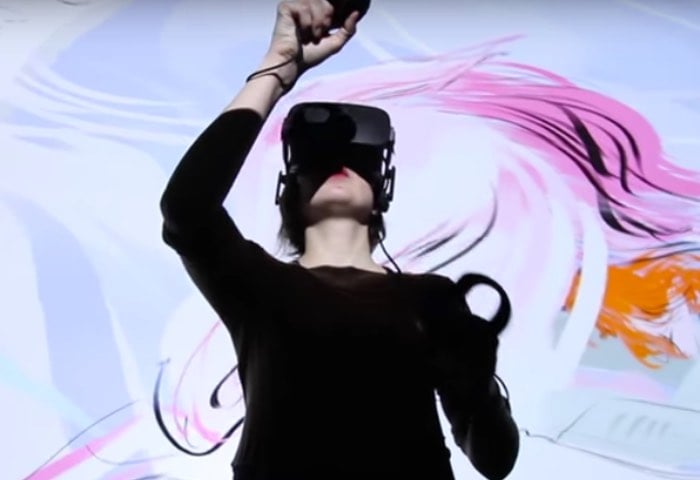 During the Sundance Festival Oculus Rift makers Oculus have unveiled a new virtual reality application called Quill which has been developed by Oculus Story Studios to use the Oculus Touch virtual reality hand controls that are currently in the final stages of development and will be made available sometimes towards the middle to end of this year.

Watch the video below to see a quick teaser demonstration of the features and power of the Quill virtual reality application which was built to create the VR film experience Angelica which was showcased at the Sundance Festival and produced by the Oculus Story Studios.

The Story Studio team built Quill, an internal production tool, that allows illustrators to paint entire scenes in VR using Oculus Touch. This technique frees artists from the traditional flat canvas of pen and paper and lets them create directly in VR.

Road to VR’s Chris Madsen explains what the new VR software is like to use.

…you can make the point of your virtual pen/brush really really small for extremely fine detail. I was painting all kinds of detail in an inch square space.

I could duplicate a color already used by hovering my pointer in a color line already painted to match that color. Also I could grab a painted piece and rotate it with my hands and wrist and also change scale by grabbing with button and pushing my arm forward or backwards. Other menu options can be accessed via left hand but I didn’t play with those advanced features.

As soon as more information is made available for the Quill VR application we will keep you updated as always. Let’s hope that Oculus makes it available to consumers at an affordable price in some form or another.