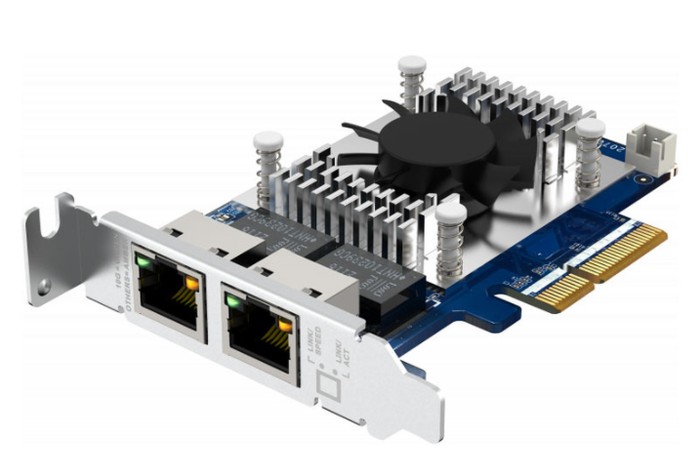 QNAP has this week introduced a new network card for its range of network attached storage, in the form of the dual-port QXG-10G2TB 10GbE network expansion card. Capable of providing up to five speeds (10 GbE/ 5 GbE/ 2.5 GbE/ 1 GbE/ 100 MbE) and PCIe Gen 3.0 x4 (compatible with PCIe Gen 2). The new QNAP 10GbE network card is compatible with Ubuntu and Windows PCs and offers a “power-efficient, high-performance entry-level 10 GbE solution” says QNAP. 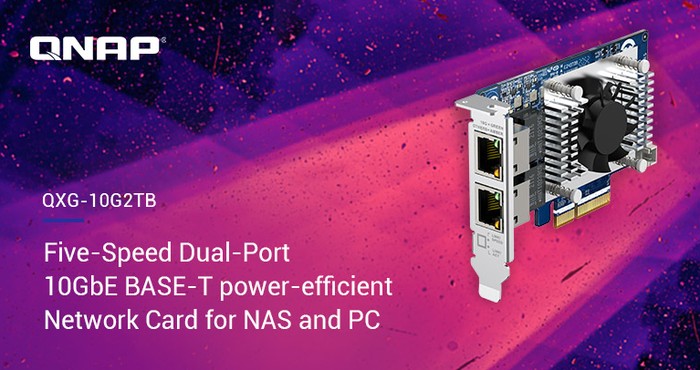 “Powered by a Marvell AQtion 10GbE Multi-Gigabit Controller AQC113C, the QXG-10G2TB is highly power-efficient, requiring half the power consumption of previous models. As a PCIe-based solution, the QXG-10G2TB can be used by PCIe-enabled QNAP NAS with QTS 4.5.2/ QuTS hero h4.5.2 (or later) and also by PC/workstations that use Windows 10 and Ubuntu 18.04 or later.”

Priced at $227 the QXG-10G2TB Dual-port 10GbE network expansion card is now available to purchase from online retailers and the QNAP official online store.