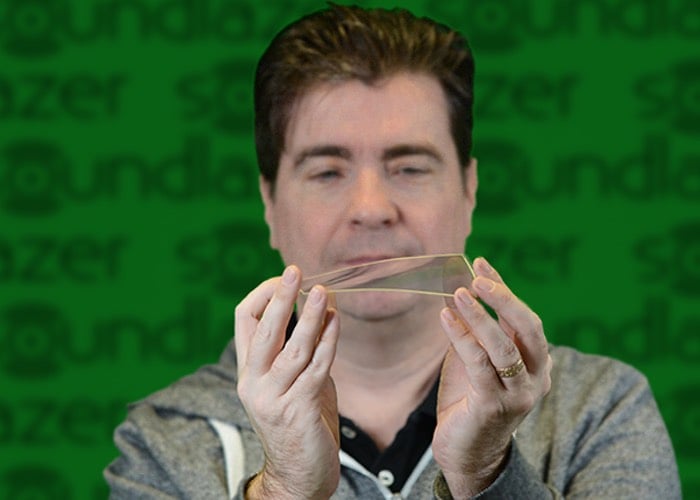 Anyone looking for ultra-thin speakers to include in their projects may be interested in a revolutionary design that takes the form of PVDF Piezo Film speakers.

The Piezo Film speakers are thinner that paper and measure just 80 microns thick yet are capable of producing rich sounding audio and are now available to back over on the Kickstarter crowdfunding website. Watch the video below to learn more about these revolutionary ultra-thin speakers.

The Piezo Film speakers are available as a DIY kit allowing you to add them to your projects and create new applications. Their creator Richard Haberkern who has launched a number of successful Kickstarter campaigns in the past explains a little more about his ultra-thin speakers.

“Thin film speaker technology is the space aged material of the future.  It can be cut and shaped into just about any form imaginable.  With the ability to reproduce a large range of audio frequencies, it can also be used to deliver audio in tight or unique spaces.  The possibilities are only limited by your imagination!

Polyvinylidene Fluoride Piezoelectric Film (PVDF) is a relatively new class of piezo-electric device. PVDF material is a thin plastic polymer sheet with its molecules aligned in a uniform pattern.  It has a electrically conductive coating deposited on each side of the sheet.  To use PVDF material, an electrical connection to these conductive coatings is needed.

Soldering directly to the film is not possible because the heat would destroy the underlying plastic PVDF material.  This limitation is overcome by printing a conductive layer of ink around the edge of each side of the speaker film.  Like all high-tech materials, this requires specialized manufacturing processes and the reason for this Kickstarter campaign.”

For more information on the new Piezo Film speakers jump over to the Kickstarter website for details where the new film speakers are available to back from as little as $20 via the link below.