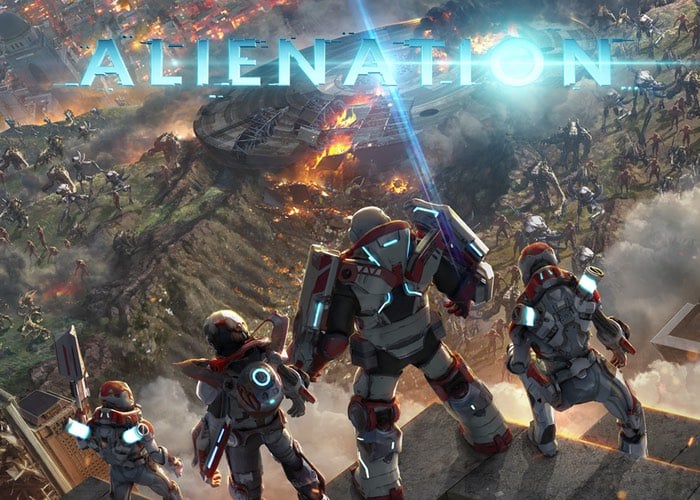 Tommaso De Benetti Community Manager at Housemarque has taken to the official PlayStation blog with details of the new update that will be rolling out next week on July 5th, bringing with it leagues, local cooperative play and more.

Within Alienation players lead a squad of elite soldiers in a battle to save Earth from an alien invasion. Its a fast-paced top down “twin-stick shooter” that is exclusively available to enjoy on the PlayStation 4.

Tommaso De Benetti explains a little more about which can expect in the latest Alienation update that will be rolling out on July 5th.

So gather your friends and family, buy some snacks, and make space for your squad to do battle with the Xenos from the sofa. Local co-op supports up to four players on the same screen, and in classic friendship-breaking fashion, after opening loot crates, you’ll have to fight over who gets the loot!

The new update also introduces Leagues consisting of five ranks with each league cycle lasting for one week. Leagues allow you to climb the ladders of glory and unlock additional bullet colors in the process. In addition to this, after updating the game, you will also find two new difficulty levels called Expert and Master, and a richer Arkship experience with new rooms, harder enemies, and better loot.

For veteran players, there are also more Hero Levels to be gained and a few new Trophies to be hunted down, and lastly we have adjusted details such as Legendary weapons and loot drop rates.

Check out the video below to learn more about what you can expect from the gameplay and storyline.

The fight is out there: drop in with up to three other players as you face down staggering odds. Or, when the heat is on, call on others to back you up and help drive away the extra-terrestrial hordes. Combine the most brutal firepower and the deadliest tactics to secure victory. Flank forces and target weak points to create strategic advantages or simply go shoulder to shoulder and let rip a devastating ballistic tidal wave – this is your war soldier, fight it your way.