If you can never decide which console to play or take with you, Reddit reader “timofiend” has solved the problem for you creating the ultimate gaming console that combines both a PS3 and a Xbox 360 in one. Enabling you to play both at the same time.

Timofiend has used a new XBox 360 Slim and a normal 80 GB PS3 and combined the two within a PC case creating an awesome gaming mod, complete with temperature monitoring gauges. Check out the gallery after the jump to see inside. 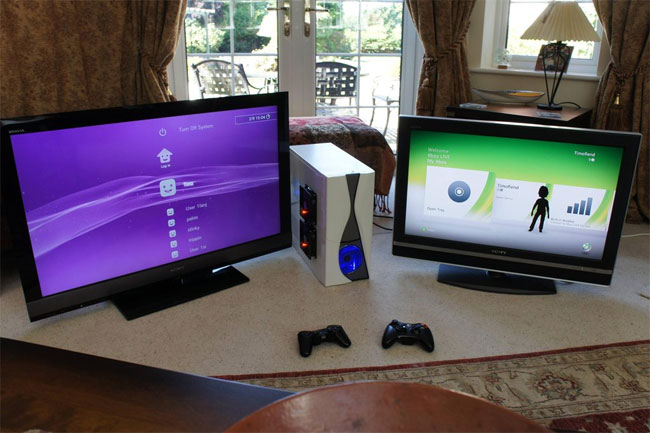 If you fancy combining your game consoles in to one, Timofiend has said that he will put together and publish documentation on how to complete the build. Check out the Reddit post for more details.