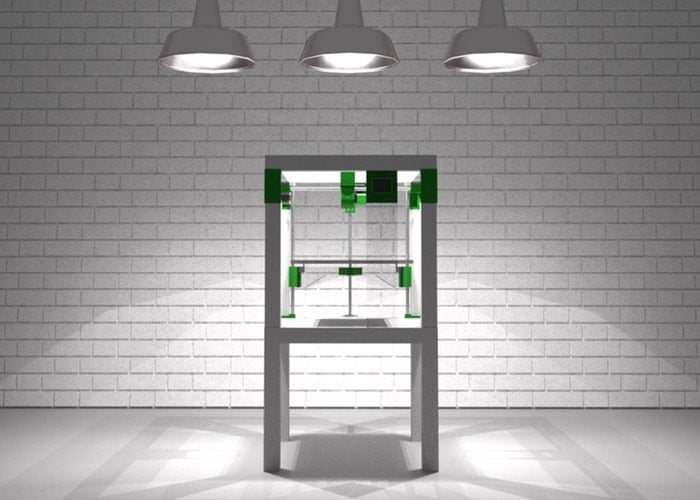 Anyone who has considered purchasing a 3D printer has been restricted by budget for the larger format machines currently available, may be interested in a new large format 3D printer that has been built using two IKEA tables costing $8 each.

The PrintTable has been created by Wayne Mason-Drust check out the videos below to learn more about its construction and unique design which brings the price of owning a large format 3D printer down to just $395.

All parts required to build your very own 3D printer apart from the IKEA tables are all available to purchase directly from the official PrintTable website. With 3D printing files available to download for free if you have access to a 3D printer.

Wayne purchased his first 3D- Printer a BitsFromBite’s (BFB) 3D Touch in 2011. This model is a predecessor of the Cube Pro from 3D systems who acquired BFB the year before. With a price tag of £2,000, it was a sizable investment but he could see the immediate applications within his own business; it was an easy decision. Wayne set up the printer atop of an IKEA lack table and continued to immerse himself within the community.

Wayne’s printing set-up progressed with time and evolved to suit the various projects he was working on. Through all this change, something remained apparently constant; the IKEA Lack table which supported the printers. It had absorbed 5 years of vibrations & applied forces yet the table showed no obvious signs of wear or distortion. Through further investigation, an idea emerged. He wanted to utilise IKEA’s existing Lack table range to create a common framework where anyone could build a cheap large format printer. A framework whose core is readily accessible worldwide.

Visit the PrintTable website for full details and components.