If you are looking for a light weight version of Ubuntu a new Linux OS called Precise Puppy might be worth more investigation, and has been specifically designed to run on USB flash drives, mini PCs and the like.

The new version of the Linux Precise Puppy is based on the popular Ubuntu 12.04 Linux software but Precise Puppy 5.4.3 is just 166MB, compared to the latest version of Ubuntu weighing in at 750MB. 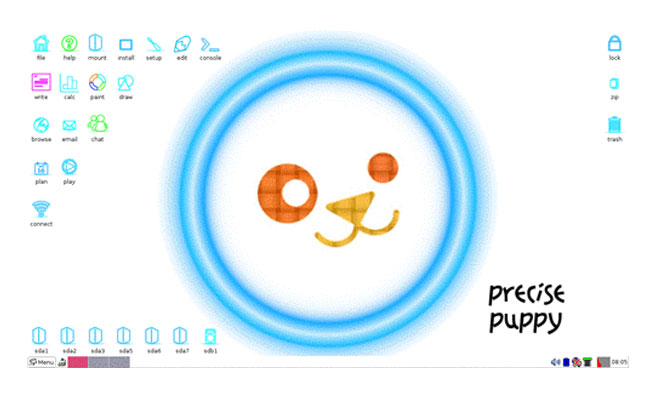 The Linux User website explains: “Usually based on Slackware, the new release of 5.4 now comes in two flavours, including an all new Ubuntu 12.04 spin of the distro. Named Slacko and Precise for the Slackware and Ubuntu versions respectively”

“As live discs, they come with a lot of default applications, enough to get you working from the base system. As they load directly into RAM, the OS is very fast, even on older systems. First time use on a system allows you to make some initial tweaks – time zone, language, keyboard layout, resolution, etc. Although basically the same screen, Slacko’s works just a bit better, with the Xorg wizard to make some advanced adjustments to the display seemingly not working on Precise.”

Both versions of the new Linux OS are now available to download from the Puppy website. Enjoy!