Texas Instruments has unveiled their new Quad-Core OMAP5 chip that will pave the way for more powerful smartphone features in the future, such as Kinetic styled gestures and 3D cameras to name a few and best of all its expected to arrive sometime in 2012.

The new OMAP5 is a quad-core chip, boasting two ARM Cortex-A15 cores and clock speeds up to 2GHz, providing over three times more power than that of the OMAP4 chip, whilst still improving power consumption by up to 60%. 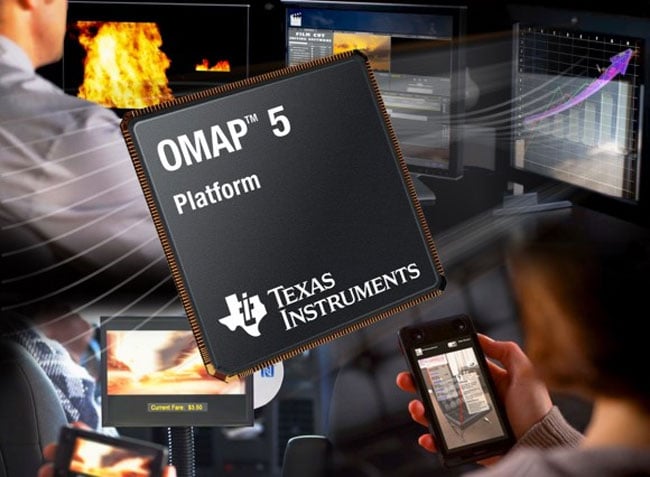 This added extra power provides the ability to run 3 x QSXGA displays running at 2560 x 2048 at the same time, together with the ability to recording via multiple cameras simultaneously. Allowing 3D camera to be included in smartphones and Kinect style gesture controls together with the power to design and create more advanced features in our pocket smartphone devices.