Ages from now, when the machines are the overlords of this world, Watson’s little tiff with human contestants on Jeopardy will be hailed as a historic confrontation where A.I. entities first bested their imbecilic masters. 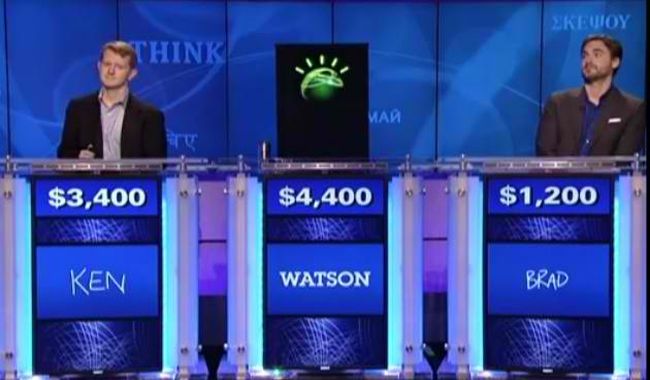 Okay, so the scenario above might be worth a few minutes’ speculation, but let’s go back down to earth right now. The awful truth is interpreting Watson’s Jeopardy win as a mild hint of things to come, i.e. the Singularity, is hogwash. 30 years from now, it seems more likely the bigger questions and upheavals won’t be the triumph of A.I. Instead, mundane crises like a global food shortage, a monstrous population problem, and geopolitics in the North Pole are the biggest earth-shattering dilemmas by then. Computers might be evolving at an astonishing rate, at the end off the day however, we do live in a planet where the unequal distribution of wealth and resources has yet to be resolved. So let the Singularity take a back seat to more immediate concerns for a while.

That lengthy spiel done, the world’s smartest A.I. entity will soon realize that fame is a capricious mistress. With the buzz over with, IBM is putting Watson to work as the world’s fastest, bestest, most efficient customer service/technical support representative to handle everyone’s complaints. Watson’s first job, however, is in the medical profession helping diagnose stricken patients.

Oh Watson, we always knew you were on our side!