All thanks to the Ion Torrent semiconductor. Turns out this great innovation—a portable genome sequencing machine—owes its success to breakthroughs in chips. The company that builds the Ion Proton chip that goes into the Ion Proton Sequencer pictured down south is due (at the earliest) in mid-2012 is called Ion Torrent. If you’re already confused by the different names involved, that’s understandable. 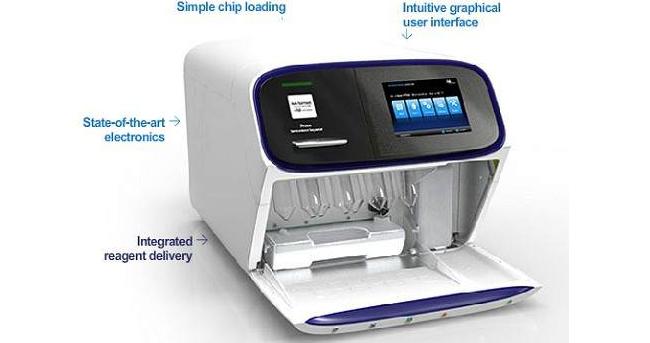 It’s expected that by next year, the Ion Proton Sequencer will finally hit the medical market and sell in the neighborhood of $100,000 plus. Sure, it’s a whopping amount, but a considerable cheapening compared to the super-expensive clunky genome-sequencing devices of yore.

And it’s all possible thanks to the chip made by Ion Torrent, which actually has a silent partner involved with the genome-a-day sequencing. Thanks to the accompanying Ion Reporter software and its cloud storage capabilities, the trimming down on IT infrastructure allows for a compact and efficient machine.

So the Ion Proton Sequencer, though not the first of its kind, is a game-changing device thanks to the successful combination of its  Ion Proton chip and the Ion Reporter software.