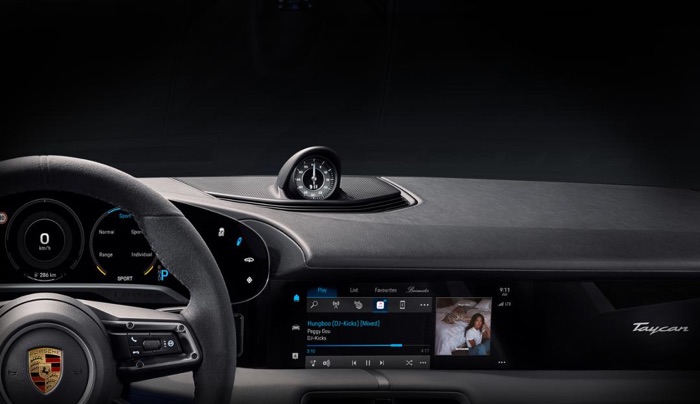 Not long now until we get to see the final version of the Porsche Taycan, Porsche will unveil the car next month.

Now the company has released an interior photo of the new Taycan, they has also revealed that their new electric vehicle will come with Apple Music built in.

Many cars come with Apple CarPlay which will let you stream Apple Music, bit the Taycan is the first car to have Apple’s music streaming service built into the car.

“Listening to music while driving can be an electrifying feeling,” said Oliver Schusser, Vice President of Apple Music and International Content. “Since Apple Music launched, we’ve been working to bring our customers the best music experience possible in the car, and Porsche has been on the cutting edge in this space. Porsche builds sports cars at the highest level and today, with the introduction of the Taycan, customers now can choose Apple Music built-in seamlessly to find the perfect soundtrack for every drive.”

The new Porsche Taycan is going to be officially unveiled on the 4th of September 2019, we are looking forward to seeing Porsche’s first fully electric sports car.