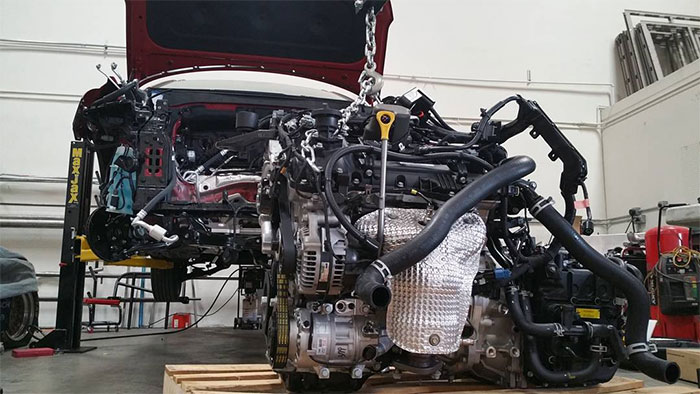 Bisimoto Engineering has a long history of making some very cool performance cars that are shown off at SEMA each year. Normally these cars are things like hopped up Hyundais with way more power than they had from the factory. For SEMA 2017, Bisimoto has something completely different in mind.

The car guys laid hands on a Porsche 911, what many see as the epitome of a sports car. They took the 911’s flat six engine out of the rear of the car where it lived since rolling of the assembly line. Bisimoto plans to replace that Porsche engine with a Hyundai V6. That is a bit of automotive sacrilege though.

Porsche and Hyundai aren’t exactly names that aren’t often said in the same sentence. One is a piece of German engineering aimed at going fast and handling well, the other is a budget carmaker. I am sure that the final product will have loads of power and will probably be faster than any stock 911, but it still seems wrong to put a Hyundai heart inside a 911 no matter the reason.