A new device has been created called Poppy that allows you to easily capture and view 3D video footage directly from and on your Apple iPhone smartphone.

The Poppy 3D device has been designed by Ethan Lowry & Joe Heitzeberg and turns any iPhone into a 3D camera and is the first device in the world to do this. Watch the video after the jump to learn more about the Poppy 3D project and see it in action. 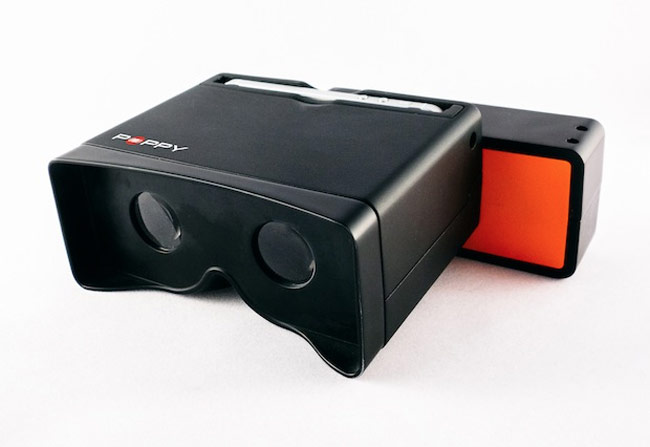 The Poppy 3D device supports iPhone 4, 4S, iPhone 5 and the fifth generation iPod Touch and once you insert your smartphone the device uses mirrors to capture two stereographic images using your iPhone’s single camera. Then when you look in the viewfinder, Poppy’s lenses combine the two video streams into a single, crisp, 3D video.

“Poppy is great for capturing events like weddings and for action sports, or for just playing with your kids in the backyard.  Images and videos captured with Poppy are immersive. Viewing feels like you’re experiencing the original moment again!”