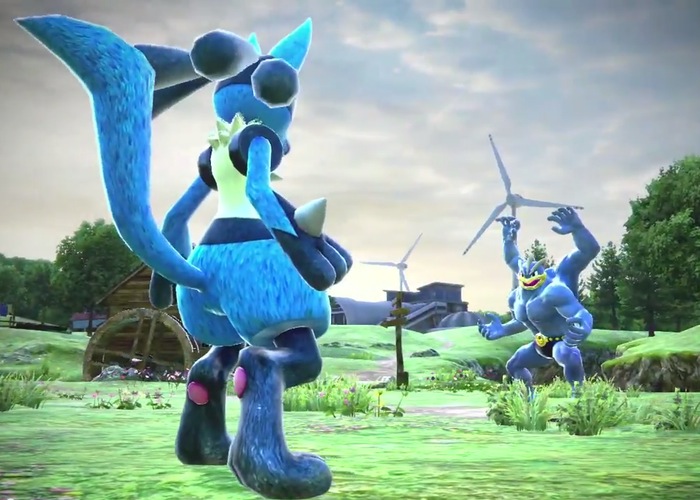 Pokémon fans are sure to be excited to learn that a new fighting game will be launching next year called Pokken Tournament and today the Pokémon Company in Japan and its development have released the very first teaser trailer providing a glimpse of the action you can expect to enjoy when the game launches.

The teaser trailer after the jump provides a first glimpse at the gameplay you can expect within the new Pokkén Tournament game which is currently under development and features 3D versions of Lucario and Machoke battling it out.

The new game is being developed by Bandai Namco under the stoic gaze of Tekken boss Katsuhiro Harada and Soulcalibur producer Masaaki Hoshino. Pokkén Tournament, takes the form of a fighting game adaptation of the Pokémon universe and was officially unveiled in Japan this morning and is expected to be launched sometime in 2015.

Unfortunately no information on pricing or worldwide availability has been released as yet, but as soon as information comes to light we will keep you updated as always. What are your thoughts on the first teaser trailer for the upcoming Pokken Tournament fighting game? Is it something you would enjoy playing?