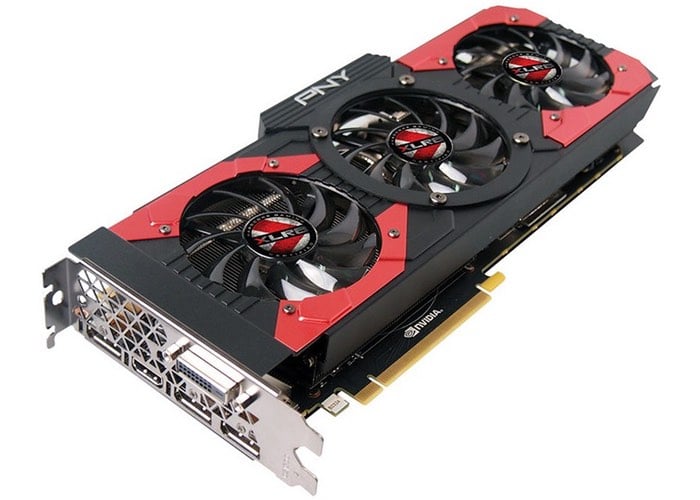 PNY has this week unveiled a new addition to the range of graphics cards with a new overclocked card which takes the form of the PNY GeForce GTX 1080 XLR8 OC which combines the NVIDIA reference-design (Founders Edition) PCB with a custom-design air-cooling solution.

The factory overclocked card is capable of speeds up to 1708 MHz core, 1848 MHz GPU Boost when compared to standard clocks of 1607 MHz core and 1733 MHz GPU Boost.

Although the memory 10 GHz (GDDR5X-effective) has not been overclocked in the box, while the custom cooling solution incorporates a split aluminium fin stack heatsink. Together with 8 mm-thick nickel-plated copper heat pipes and a heatsink that is ventilated by a trio of 18 mm fans. When the card is in idle mode the fans are switched off to cut down the noise until they required when processing increases.

The PNY GeForce GTX 1080 XLR8 OC graphics card is now available to purchase priced at $659.99 and draws power from a single 8-pin PCIe power connector, display outputs include three DisplayPort 1.4, and one each of HDMI 2.0b and dual-link DVI.