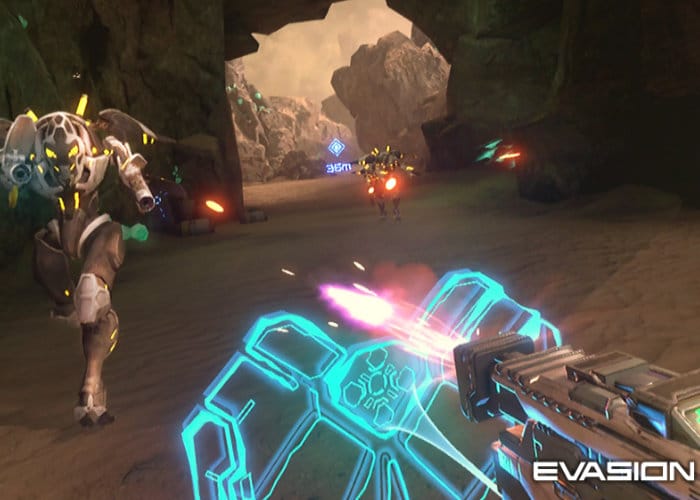 The developers of the new PlayStation VR Evasion shooter, have this week announced that AIM support will be available at launch during Fall 2018. Evasion will soon be launching on both the PlayStation VR and Steam VR platforms and has been designed from the ground up to immerse gamers in “blood tingling multiplayer combat”, say its development team.

The game includes leading-edge player avatars and highly refined locomotion, Evasion will deliver the genuinely authentic, over-the-top FPS combat experience that VR gamers crave. Check out the announcement trailer below to learn more about what you can expect from the gameplay.

“Choose the perfect hero class for your play style and join up to three friends in an extinction-level battle for survival against an enemy known as the Optera. Designed from the ground up for ‘free-move’ locomotion, fight through maelstroms of bullets while diving for cover and reviving fallen comrades. Advanced enemy ‘Swarm A.I’ technology adds a new level of tension, making tactical movement and teamwork critical to your squad’s survival. Evasion will raise the bar for environmental destruction and explosive real-time FX, taking full advantage of the Intel Core i7 processor and the latest Unreal Engine 4 technology. The result? Stunningly immersive visuals and cinematic gameplay that will redefine the VR shooter experience.”

For more information on gameplay, characters and multiplayer features jump over to the official website by following the link below.