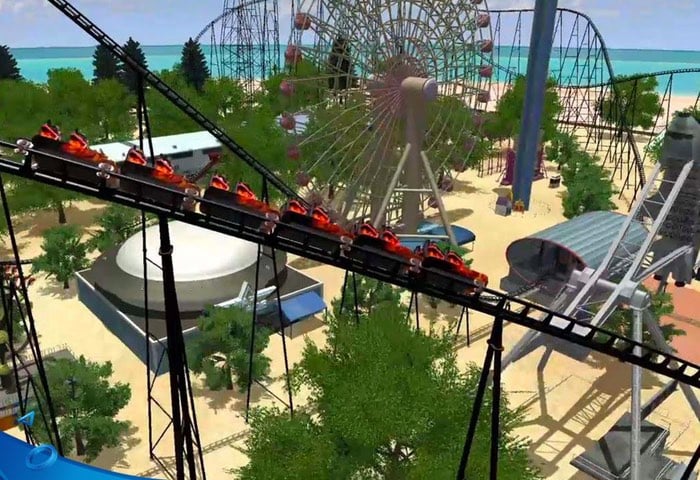 Another PlayStation VR title has been announced this week that will be available at launch when the PS VR headset officially launches during October 2016, and is made available to use with the PlayStation 4 console and new NEO PS4.

The latest addition to the PlayStation VR games lined up is Rollercoaster Dreams, which will be launching on October 13th, 2016 and allows you to play in amusement parks created both by you and other players from around the world.

Check out the announcement trailer below to see the PS4 virtual reality rollercoaster game that has been developed by Bimboosoft in action. Hirofumi Hattori President at Bimboosoft games explains a little more about what you can expect from the virtual reality game and experience.

As you know, you can see objects in real 3D with PlayStation VR. But the visual element isn’t the only feature of PS VR that enhances a player’s immersion. PS VR also has awesome 3D virtual surround sound. When you wear headphones you can recognize the position of sounds. I thought it would be impossible to generate sound positions with headphones, but I was surprised to learn that we recognize sound position by differences in sound timing, not the sound wave direction. The virtual surround sound enhances the realistic sensation of the amusement parks in Rollercoaster Dreams.

Although you can play Rollercoaster Dreams in VR and with a regular display, I strongly recommend you play it with PlayStation VR. The feeling of entering into the world of the game is incredible. It’s a revolution in gaming, similar to when games made the leap from sprites to polygons. I’m fortunate to be involved with this revolution, and looking forward to playing other games with PlayStation VR.