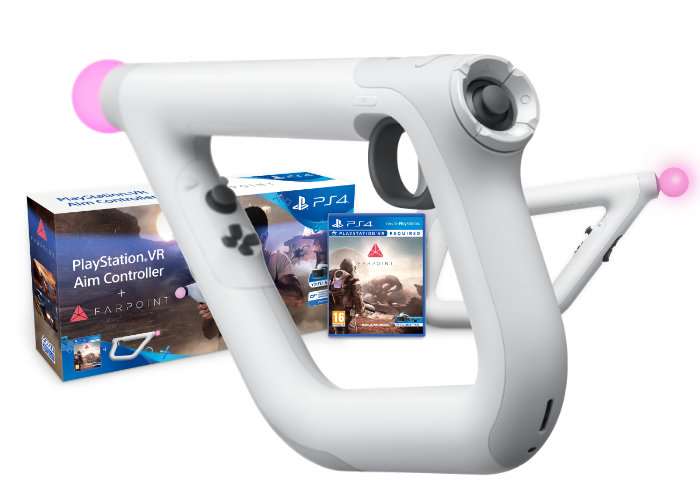 After previously being expected to launch sometime during May 2017, it has now been confirmed that the new PlayStation VR Aim Controller will be available on May 17th, 2017 and will launch in conjunction with the new Farpoint space survival game which has been specifically created for the PlayStation virtual reality hardware.

The new PlayStation VR Aim Controller provides a virtual reality controller that offers the feeling of carrying a firearm and allows you to immerse yourself in virtual reality first person shooter titles even further.

Watch the trailer below to learn more about what you can expect from Farpoint which also launches at the same time as the PlayStation VR Aim Controller and is available to be purchased in a bundle.

The standalone Farpoint game is priced at €59.99 or £49.99 depending on your location or can be purchased for €89.99 or £74.99 in the Farpoint + PS VR aim controller bundle. Alternatively, you can also purchase the Farpoint game digitally direct from the PlayStation Store.