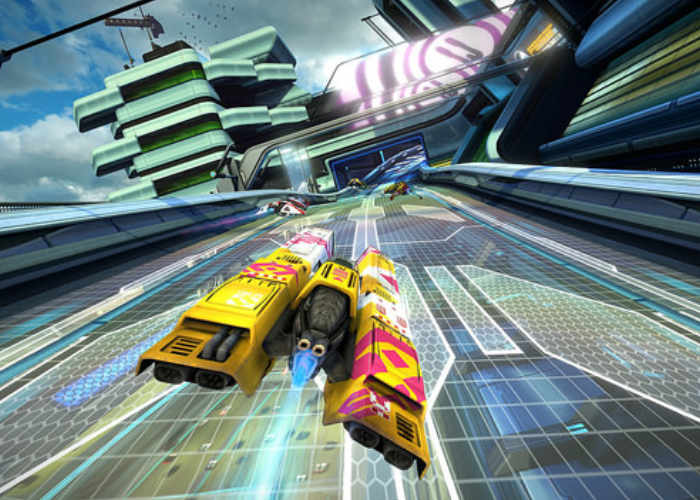 John McLaughlin Senior Producer at Sony XDev has revealed more details about the new WipEout Omega Collection that will be made available for the PlayStation 4, and has also included the announcement trailer which was premiered at this years PlayStation Experience 2016, which took place over the weekend.

Within the WipEout Omega Collection 9 modes will be available the take the form of Zone, Tournament, Speed Lap, Time Trial, and Single Race from HD, Zone Battle, Eliminator, and Detonator from Fury and Career Mode from 2048.

Check out the latest trailer for the new game which will include 26 unique tracks and 46 unique ship models. McLaughlin explains more over on the official PlayStation blog :

Play with your friends, either with split-screen local multiplayer, or online with up to eight Anti-gravity Racing league pilots. Known for its blistering speed, iconic music, and pure multiplayer mayhem, WipEout has appeared on every PlayStation format since 1995 — and it’s now set to rip through the air on PS4 and PS4 Pro.

The WipEout Omega Collection brings together all of the anti-gravity racing track and ship content from WipEout HD, Fury, and 2048. All three are remastered and they look stunning in dynamic 4K and HDR, running at a targeted 60 frames per second.

With graphics that have been enhanced to take advantage of 4K displays, WipEout has never looked so good — but we haven’t just focused on visuals. We’ll have an all-new, thumping soundtrack for you to race with, featuring a few classics as well as tracks from the hottest up-and-coming artists. WipEout Omega Collection is a feast for both your eyes and ears.