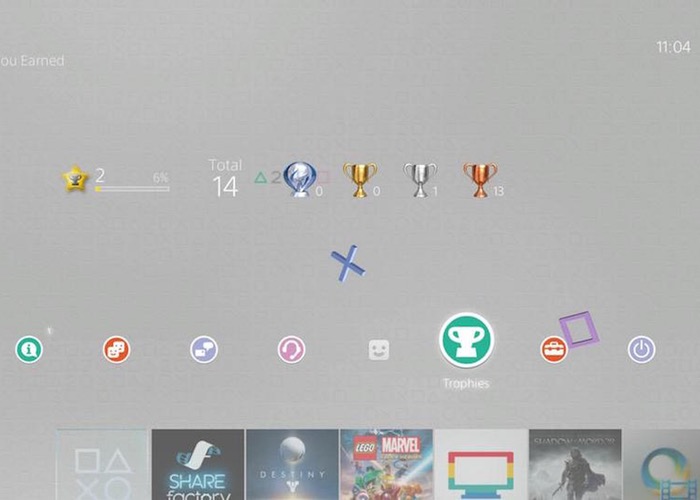 PlayStation 4 owners that have access to European PlayStation stores may be interested to know that Sony has released a new theme for the PS4 that mimics the start-up sound of the first generation PlayStation PSOne to help celebrate the PlayStation 20th anniversary.

At the moment the PSOne theme is only available within Europe but is expected to be made available throughout the US very soon. The new PlayStation 20th anniversary theme is completely free to download and install.

Once installed the PlayStation 20th anniversary theme will change the start and music as well as adding a grey background to the console which can be seen in the image above thanks to a Reddit member. Check out the video below to see the new start-up sound in action.

To re-cap the latest Sony PlayStation 4 console is equipped with 8-cores of AMD Jaguar processing power supported by 8GB of GDDR5 RAM together with a next generation AMD Radeon graphics card to process your games graphics.

The PlayStation 4 specs for the camera include a maximum resolution of 1280 x 800 together with (x2) pixel capture at 60fps. In the box the PlayStation 4 system will include 1 x DualShock 4 controller, 1 x Mono headset, 1 x HDMI cable and 1 x USB cable.