Belkin has just released their new AV360 Mini DisplayPort Converter that allows you to hook up your Xbox 360 to your Apple iMac allowing you to play games directly through the iMac display, with stereo audio and its HDCP compliant.The AV360 will also allow you to view HD content from cable, satellite or TV boxes to your 27″ iMac. 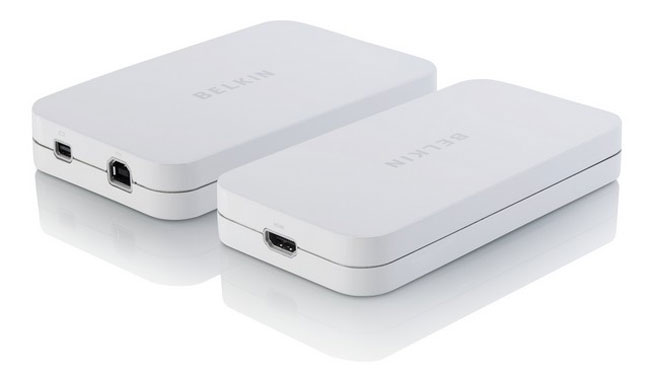 The Belkin AV360 convertor takes an HDMI input at up to 1080p and squeezes it into a Mini DisplayPort at 720p to then display on your iMac.

The Belkin AV360 will be available to buy later this month for $149.99 which seems a little expensive to me.