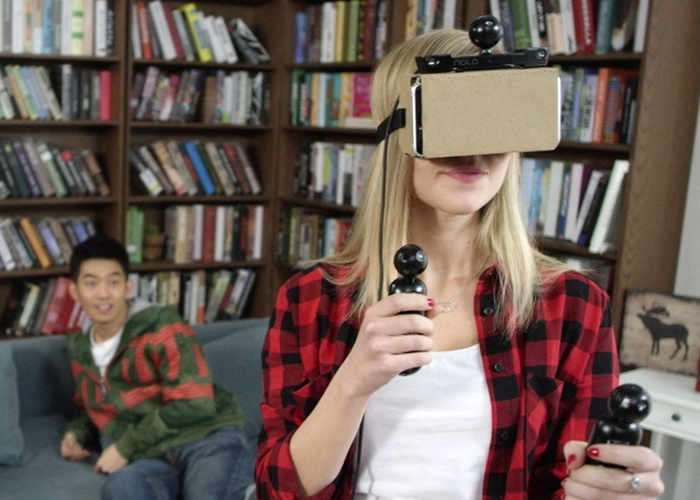 Lisa Zhao and her team of developers have created a new virtual reality system called NOLO VR which has been specifically designed to enable gamers to enjoy playing Steam VR titles on their smartphone devices.

NOLO VR has this week launched by a Kickstarter and has already raised over $90,000 with still 38 days remaining on its campaign. The 6 DoF Motion Tracking System also provides front facing room scale virtual reality, with low latency gaming which is compatible with android hardware and has been designed to be used with mobile VR headsets.

Watch the demonstration video below to learn more about the NOLO VR system which is now available to back via Kickstarter with earlybird pledges starting from $99. Its developers explain a little more about its inspiration, features and design as well as explaining iOS Compatibility.

The world’s first front-facing room scale motion tracking system that is both compatible with mobile and Steam VR game play.  Put on your mobile headset and interact with the environment naturally, turning the usual passive VR experience into an active one. You can play a full motion tracked VR games such as Tilt Brush, Job Simulator, Space Pirate Trainer and more right on your mobile VR headset without spending a fortune.

The future of mobile VR is in your hands. Simply connect the headset marker directly to the smartphone via a USB cable, place down the base station, and start your gameplay! The portability of NOLO allows you to play anywhere.

About iOS Compatibility – For the Mobile VR mode, iOS is completely compatible and we will release an iOS SDK for developers. For the SteamVR mode, NOLO is compatible with iOS, but RiftCat/VRidge (our partner for streaming the SteamVR games to your smartphone) doesn’t currently support iOS devices. They are working on making iOS devices compatible and expect to release this function before the end of 2017. However, the performance may not be as great as Android devices, because many functions are closed from developers on the iOS system.

Jump over to the Kickstarter website for more information and full specifications via the link below.