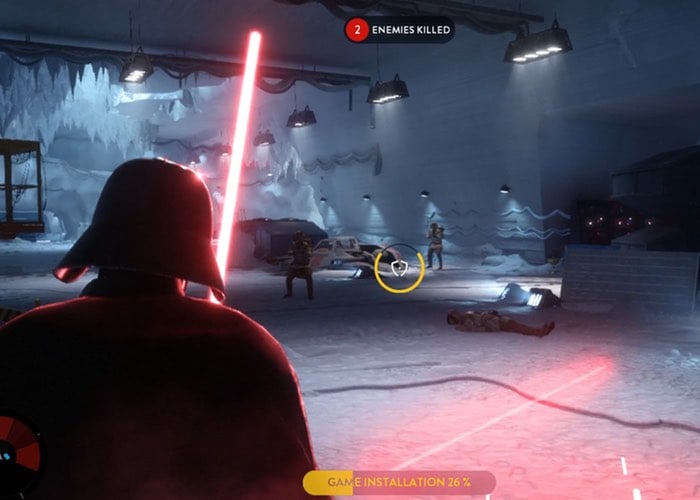 The highly anticipated new Star Wars Battlefront game will finally launch later this week on November 17th allowing those with next-generation consoles and PC systems to enjoy battling it out both on the Jedi and Dark side of the force.

Today one cool feature has been unveiled which allows you to play a quick mini-game as Darth Vader during the installation of the game, check out the video below for a glimpse of what you can expect.

In the mini-game your task is to wipe out the “Rebel scum” who appear in waves. You cannot die and it’s a useful tutorial for playing as Darth Vader, whose abilities are exactly as they are in the full game. He can Force choke, he can throw his Lightsaber, and he can perform a lunging heavy attack. He can also hold block to temporarily bat away or reflect blaster beams, he can default attack with his red Lightsaber, and he can perform a weird floaty jump that looks silly.