The creators of the awesome Mac based Pixelmator photographic and image editing application has this week announced that they have released a new Pixelmator 3.1 update for their software which brings with it a number of new features and enhancements for users to enjoy.

A couple of the more important new features included in Pixelmator 3.1 are full support for Apple’s latest range of Mac Pro machines and now new Order Prints feature that allows users to order postcards, notecards, gallery frames, or posters right in the app. 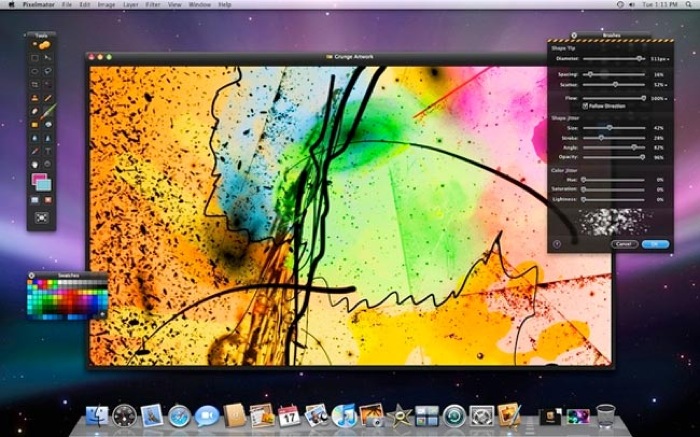 “We are extremely excited for professionals to experience the power and speed of Pixelmator 3.1 Marble on their new Mac Pros,” said Saulius Dailide of the Pixelmator Team. “Harnessing the power of the Mac Pro’s dual-GPU architecture, we’re now able to support 16-bit per channel images for the first time and push the limits of Pixelmator performance like never before.”

Pixelmator 3.1 Marble introduces new features and improvements, including the following:

Optimized for the New Mac Pro

• Both GPUs are used simultaneously when applying effects: one for computing the effect and the other one for composition rendering.
• 16-bit per channel color images are supported.
• The image auto saving is computed in the background while image composition is being rendered.
• Optimizations made for all 4-core, 6-core, 8-core, or 12-core Intel Xeon processors for better zoom out handling and faster bitmap layer duplications.
• GCD Dispatch I/O technology and PCIe-based flash storage makes opening and exporting high resolution images faster.
• Increased memory bandwidth is fully utilized for Pixelmator operations.

• Pointillize, Pixelize, Mandala, Concert, City Lights, Color Hatch, X-ray, Infrared, Line Dye, Tracer, Scanner, Newspaper, Neon, ASCII, Blue Print and Projectile effects are now available again.
• The effects’ rope is now more stable.
• Improved RAW image file format support.
• You can now turn off Auto Select on shape layers as well as on the others layers.
• When you Control-click the selection on an empty layer, you can now choose Refine selection from the shortcut menu.
• When grouped text layers are duplicated, the text stays visible.
• When text or shape layers are converted into pixels, the Opacity setting stays intact.
• Now you can drag a gradient preset to the Finder.
Improvements have been made for the outside stroke effect.
• New layers are no longer added when painting with the Paint Bucket Tool set to 0% of Opacity.
• Colors are updated in the Fill dialog correctly, whether you choose the dialog from the Menu bar or use the keyboard shortcut.
• The “Low disk space” message no longer appears when there’s lots of space on the computer.
• Improved localizations.
• And other tiny-yet-annoying bugs, random graphical glitches, and crashes have been fixed.