The Pirate Bay has been depicted as the enemy of record labels and artists since instead of buying albums, listeners can now leach it off the internet. Then why did some 5000 artists line up to give their music away on the said website? 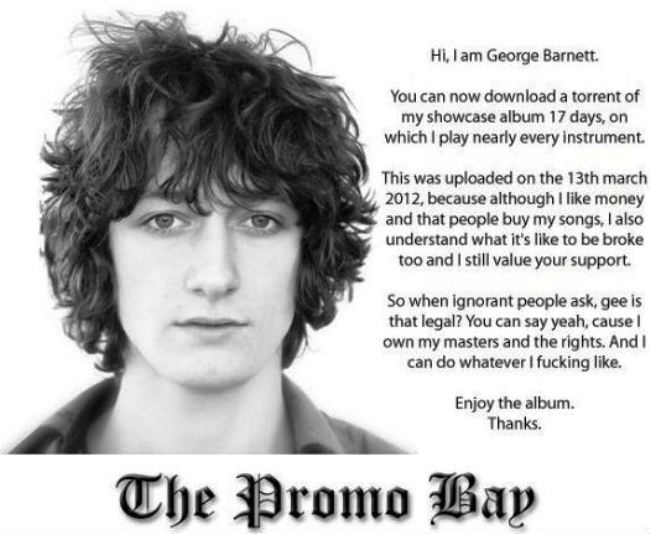 Obscurity is major problem amongst unsigned artists. Now, Pirate Bay decided to use its unfathomable reach to give these artists a hand.

Earlier this year, Pirate Bay offered a promotional spot for for musicians, authors, filmmakers and all other types of artists in place of the iconic logo. While they expected great response, 5000+ artists were off the charts. Ninety percent of the applicants are musicians and 95 percent of them are male.

These artists have to offer something free in exchange of the ad space. All of them happily obliged, including Paolo Coelho, a known supporter of Pirate Bay.

George Barnett, one of the the artists featured on Pirate Bay, has added 4,000 additional Facebook Fans and his video has been viewed 85, 000 times in total. All thanks to the Pirate Bay Ad. No wonder independent artists are willing to give out a few tracks.

Though making stars are all well and great, Pirate Bay makes it clear that it does this with a higher purpose.

“We’re one of the worlds top 60 sites in the Internet. This brings us a responsibility to use the site to do something good. When I think about it, it’s insane that all the other top 100 sites only blast ads and self-centered stuff on their front pages. ”

“We do this for fun and for the love of culture, so we’re everything the major labels are not.”