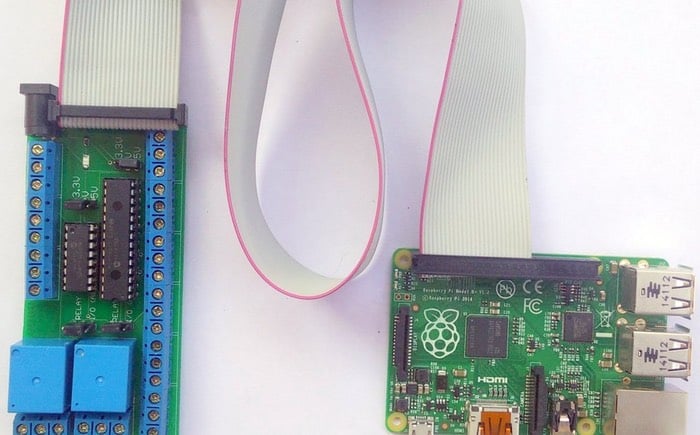 Makers, developers and hobbyists that enjoy building projects using the awesome Raspberry Pi mini PC may be interested in a new digital and analog expansion board called the PIIO.

The PIIO has been specifically designed for the Raspberry Pi and allows you to easily add 2 Changeover Relays for controlling High Voltages, and 16 Digital Inputs/Outputs with both 5V & 3.3V Logic Support.

Together with 8 Analog Inputs Easy to program in Python as well as being supported by all Raspberry Pi variants with the ability to power it directly from the RPi GPIO if required. Watch the video below to learn more.

The PIIO plugs directly into the GPIO port on your Raspberry Pi with the help of ribbon cable and adds a whole load of input and output capability. You can detect switch states, drive motors, move actuators, blink LEDs, sense the environment with tons of sensors … you know, all the good stuff! Program it any way you want but there’s existing documentation for Python. All of the digital I/O and analog inputs are screw terminals, making it really easy to wire your Pi to all kinds of external systems. If you want to get an interactive project off the ground quickly with Raspberry Pi, the PiIO is a great way to start.”

For more information on the new Raspberry Pi digital and analog expansion board jump over to the Kickstarter website for details and to make a pledge from $22 via the link below.