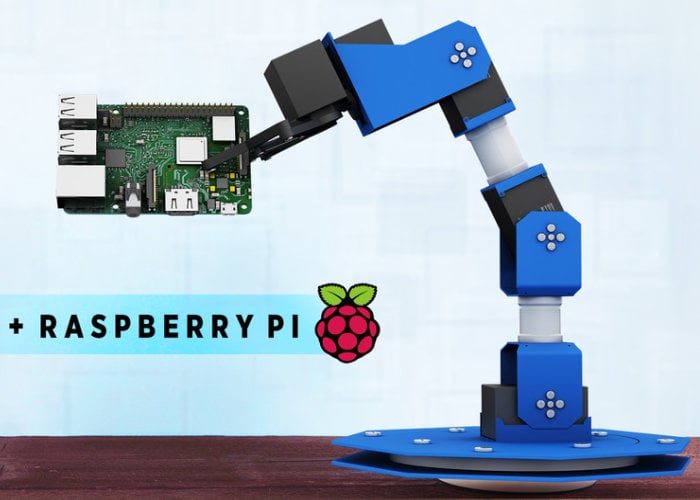 SB Components has designed a new Raspberry Pi robotic arm equipped with 6-axis digital servo motors and 360 degrees of rotation freedom. Specifically created for children, makers and those interested in learning more about robotics the DIY robotic arm is easy to construct and program. Watch the demonstration video below to learn more about the robotic arm kit which is this week launched via Kickstarter and is now available to back with super earlybird pledges available from £199. 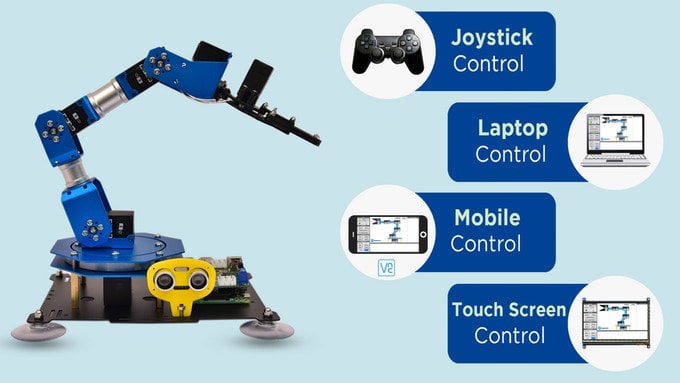 “The PiArm is a fast, powerful and precise full-metal light-weight robotic arm. With its compatibility to all the Raspberry Pi variants, it is an open source software and hardware. The servo motors are designed with the LED glow indicators to detect the health of the motors. It is powered by a shield that support both USB and GPIO communication.” 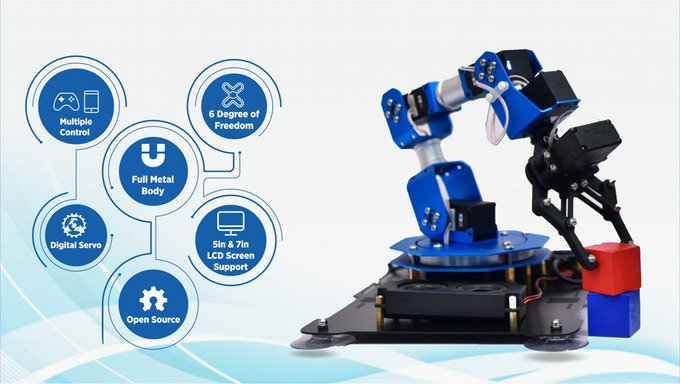 If all goes well and the crowdfunding campaign successfully raises the required £5,000 needed to make the jump into production, worldwide delivery is expected to commence sometime around June 2019.

“Having 6-axis, PiArm can pick and place, detect objects, sense motions or anything in its area, with any given orientation, manageable with programming or without programming (using the inbuilt libraries). PiArm let’s you learn robotics and programing by interfacing with the Raspberry Pi board. The Raspberry Pi acts as the brain to PiArm allowing it to connect with the internet and the Bluetooth making it even more powerful and remotely controlling the robot. “

For more details on its construction, build requirements and programming follow the link below to the official Kickstarter robotic arm project page.