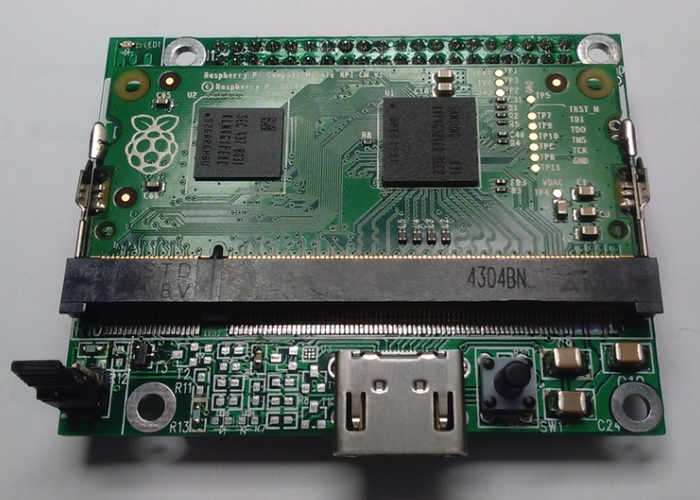 Raspberry Pi enthusiasts may be interested in a new project released by developer Ander based in Galway, Ireland which provides a Raspberry Pi Compute to Pi A+ B+ adaptor.

The new hardware is now available to backfire Kickstarter with pledges starting from just €21 and shipping expected to take place during June 2017Watch the demonstration video below to learn more about its features and specifications.

The project will make available to the Pi community a module which allows the use of Pi Compute Modules in projects which have designed in the Pi Zero, Pi A, Pi A+, Pi B and Pi B+.

All of these variants use an SD card which holds the Operating System, Programs and Databases. This is OK for prototyping but not for long term use. The commonly used 5$ SD cards have a limited number of read/write cycles and in many applications can have lifetimes as short as a few months. The Pi compute modules do not have this problem and are deemed suitable for “industrial” applications.

This project solves this important issue and gives those who have designed in the SD card Pi variants, the ability to use the more robust Pi Compute modules immediately in their products.  This project is to make a new module which will support all Pi Compute Modules including the Pi Compute 3.