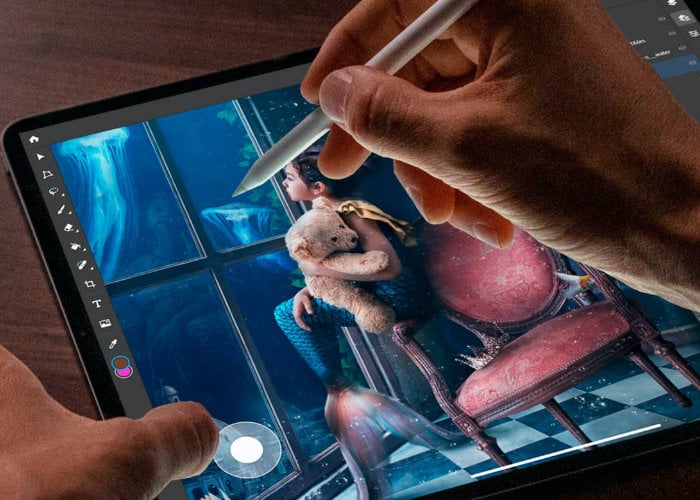 Adobe has officially launched its new Photoshop iPad application as part of its Creative Cloud subscription, offering a Photoshop experience on a tablet device. Adobe has made a number of features available but will be rolling out new features over the coming months, the app currently offers layers, masks, blend modes, the Clone Stamp and Spot Healing Brush and Crop tools.

But currently doesn’t include the Pen Tool, colour spaces, or RAW photo editing, and the Photoshop app will have gradients, saturation, black and white controls, the Paint Bucket, Eyedropper, and Color Picker, it won’t have smart objects or layer styles. Scott Belsky, Adobe’s Chief Product Officer for Creative Cloud explain more about the feature rollout. 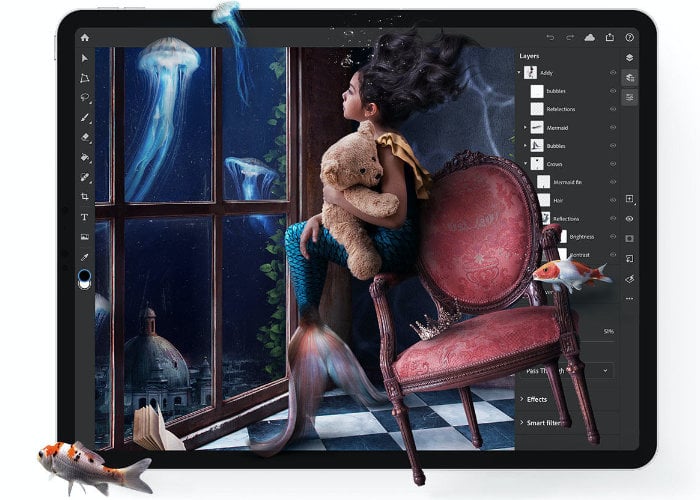 “We started to navigate the line of making it clear this is real Photoshop, the real base of Photoshop, and therefore you get the full functionality of the PSD. That was really important to us,” tells PetaPixel. “The Version One promise that we had to deliver on, which is why we are so confident in launching now, is two-fold. It is that professionals can have an augmented workflow with the desktop experience that gives them superior results so they can do some things as well or better on the iPad than they could on the desktop.

“And number two, we asked, is this a more inviting, intuitive, yet just as powerful experience for the person who doesn’t want to take years to master the product? And the answer to that is a resounding yes as well. We spend a lot of time getting those foundations right. Now, did we ship every every single feature that will ever come onto that foundation on day one? No, I mean we couldn’t and it would take years to do so. But the foundation is there. So the sky is the limit on the modern Photoshop. You can built it into anything because it is the code base that has evolved over thirty years to enable anything.” 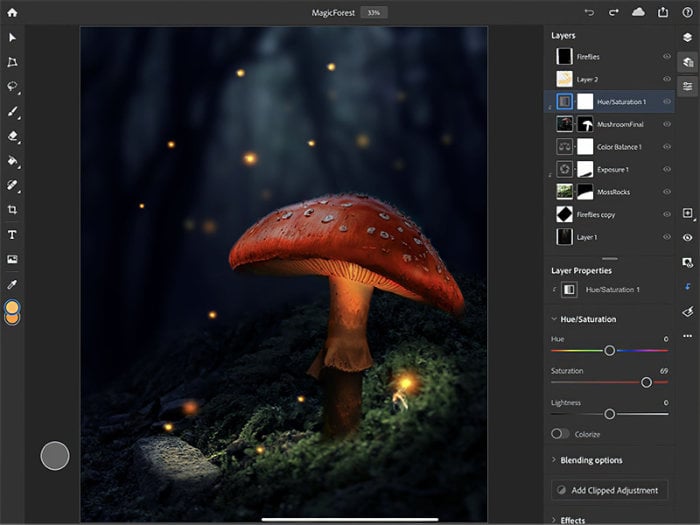 “Photoshop now goes wherever you do, with features reimagined just for iPad. Craft composites with your finger and retouch images with your Apple Pencil. Layers? They’re all here. Resolution? No difference. Your PSDs are exactly the same, whether you’re working on your desktop or a mountain top. This first release focuses on compositing features and workflows. And there’s much more to come.”

– Open up full-size PSDs on your desktop or iPad and store them in the cloud — no conversion necessary. You get the same fidelity, power, and performance no matter what device you’re working on, even when you’re designing with thousands of layers.

– Use quick gestures and touch shortcuts to make edits directly on your canvas and speed up your workflow. With context-aware UI, you display only the core tools and panes you need, so you can focus on your canvas, not the clutter.