Some of our readers might remember the PhoneSoap charger and smartphone sanitizer that originally launched over on the Kickstarter crowd funding website way back in May 2012.

The original design for the PhoneSoap charger has now being updated and provides users with an easy way to remove bacteria and other nasties from their smartphone whilst charging. Check out the video after the jump to learn more about the unique PhoneSoap charger which has been designed to accommodate even the largest smartphone devices. 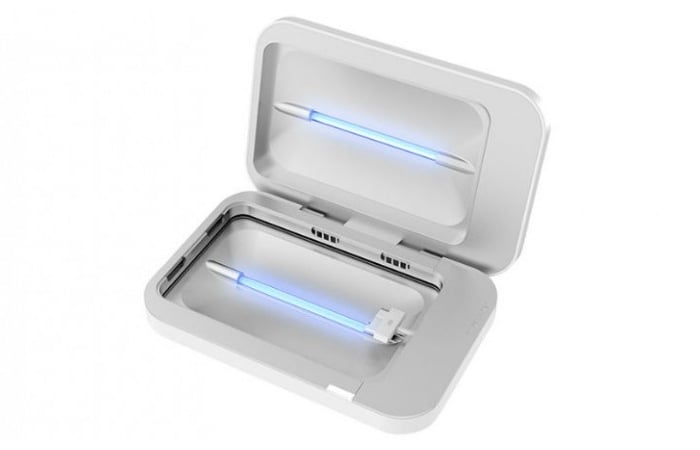 A recent report by the UK’s Which magazine suggests that smartphones can carry up to 18 times more living bacteria than a flush on a gents’ toilet.

“Have you ever wondered how dirty your phone is? It is worse than you think. A little over a year ago my cousin, Wes, and I were watching TV when we saw a report stating that our phones have 18 times more harmful bacteria than the handle on a male public toilet. We were shocked! We started to research online to debunk this report, and we only found more proof (some of which was shown in our video above).

We saw reports saying that besides the flu, researchers have found staph, E. Coli, and MRSA living on our cell phones! In fact, people are using their phones even before they leave the stall, which led researchers to find that 1 in 6 phones have fecal matter on them. This rang especially true with me – lets just say I had to change some habits. We found out the reason that our cell phones are so susceptible to bacteria is because of the warmth they radiate (especially our smart phones).”

The PhoneSoap charger is now available to purchase for $50 and claims to kill 99.99 percent of bacteria and germs in less than five minutes.