If you enjoy gaming on your smartphone and are looking for a little more control whilst playing your favourite game, you might be interested in a new controller which has been created called the PhoneJoy Play.

The PhoneJoy Play is a compact gamepad that expands to turn your phone into a portable console, supporting Apple’s iPhone, iPad, as well as Android smartphones. Watch the video after the jump to learn more about the PhoneJoy Play project and see it in action. 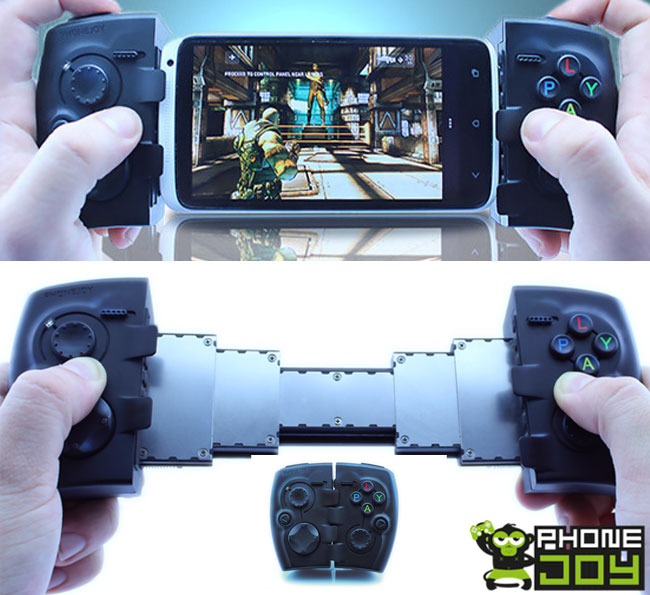 The PhoneJoy Play has been designed by Martin Kessler and is currently looking to make the jump from conspt to production over on the Kickstarter website.

“Tired of touch screen controls? Well so are we and with the PhoneJoy™ Play we got just the solution for you . The PhoneJoy™ Play controller is a wireless gamepad that allows you to to clamp smartphones of all sizes running iOS or Android right into the gamepad turning your phone into a portable console for great gaming on the go.”

So if you think PhoneJoy Play controller is something your gaming could benefit from, visit the Kickstarter website now to make a pledge and help PhoneJoy Play become a reality. 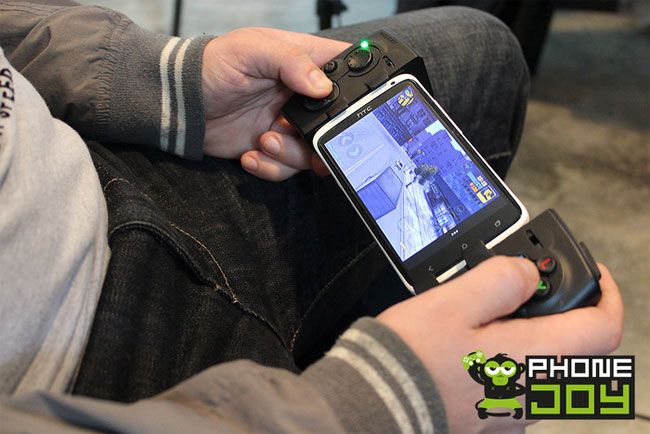