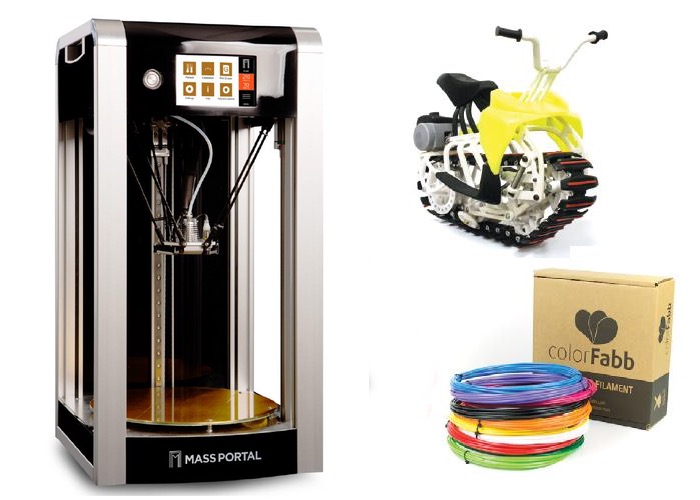 Latvian company Mass Portal has this month unveiled their new Pharaoh Delta 3D printer which is a fifth generation system created by the company and builds on previous models to add even more refinement and new features for users to enjoy.

The Pharaoh Delta 3D printer is capable of printing objects 200mm x 200mm diameter in size with a layer thickness ranging between 0.02-0.6mm depending on nozzle size attached.

The electronics of the 3D printer have now been upgraded within this fifth-generation two in 32 bit system which is capable of running the Repetier Firmware, allowing for more precise, calculations and higher printing speeds.

The Pharaoh Delta 3D printer is expected to launch throughout Europe sometime early within 2015. But Unfortunately no information on pricing or worldwide availability has been released as yet by Mass Portal for the printer, but as soon as information comes to light we will keep you updated as always.