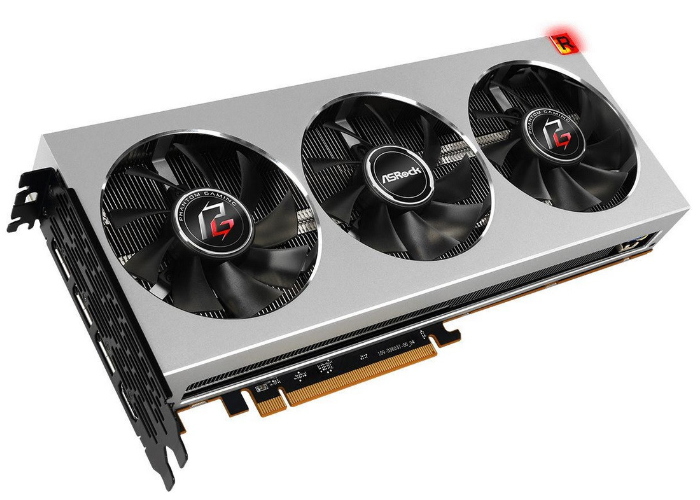 As with other Radeon VII graphics cards competing manufacturers the comes bundled with Tom Clancy’s The Division 2, Resident Evil 2, and Devil May Cry 5. “ASRock is pleased to partner with AMD to launch a flagship product such as the Phantom Gaming X Radeon VII 16G graphics card.” said Mr. LL Shiu, President of ASRock. “Whether you are an enthusiastic gamer or a professional content creator, you can get a great user experience by the outstanding performance provided by this graphics card.”

“With the increased architecture and performance, coupled with the support of DirectX 12, OpenGL 4.5, Vulkan, and the latest Radeon FreeSync 2 HDR technologies, enthusiastic gamers can enjoy the seamless, high-refresh HDR gaming experiences at highest resolutions; creators can also run the next-generation photo and visual creation applications on the 8K monitors.

In addition, the card uses a triple fan design to optimize the heat dissipation, ensuring a long-time, stable operation. It also has three DisplayPort 1.4 and one HDMI 2.0b ports to support up to four displays for multi-monitor output that can deliver a greater flexibility in use for gamers and creators.”