If you’re photographer using a old-school film SLR camera or a newer DSLR camera a new project has turned up on Kickstarter that you may find interesting. The project is a reinvention of a legendary 19th-century lens called the Petzval. The Kickstarter project lens works with all Nikon F and Canon EF mount analog and digital SLR cameras. 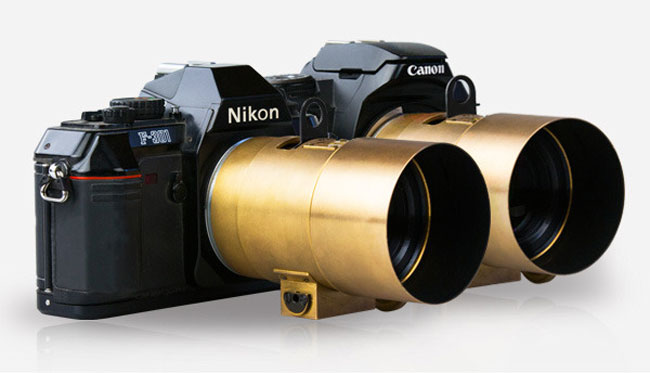 This lens will allow photographers to shoot photographs that are sharp, crisp and have strong color saturation. The hallmark effect of the lens is a swirly bokeh effect. The lens uses high-quality optic glass and the first are expected to be delivered in February 2014. The retail launch price for the lens is expected to be $499.