Press images have been leaked this week for the new Pentax K-3 DSLR camera which is expected to be priced at around $1300 for the body only when it is officially launched.

From the leaked images it can be seen that the new Pentax K-3 DSLR camera will be a APS-C based camera and rumours suggest it will come with a new flash system. 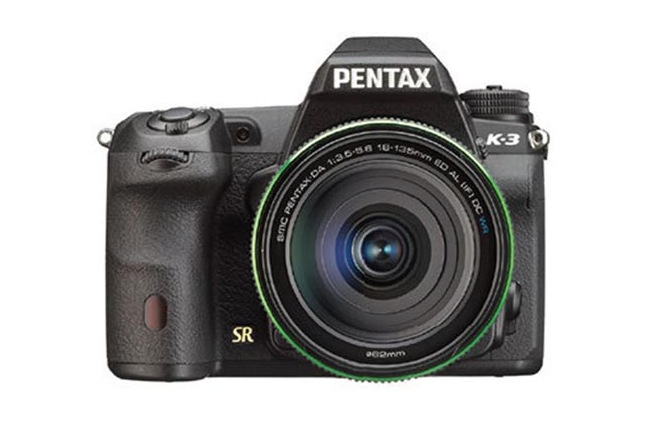 Other rumoured features of the Pentax K-3 DSLR camera include Tracking autofocus, and the AF sensors are *all* cross sensors.

Ricoh has also been rumoured to has played a pear in developing the display on the rear of the case which is similar to the K5. As information comes to light on exact specifications for the Pentax K-3 DSLR camera we will keep you updated as always.