Pentax has this week announced a range of limited edition Pentax Evangelion Q10 cameras that will shortly be launching in Japan, sporting colourful casings

The new limited edition of 1,500 units only wearing the colour of Evangelion’s heroines with Lei and Asuka as well as the EVA-01, will be selling for around  59,800 Yen, and will be arriving in stores during April 2013. 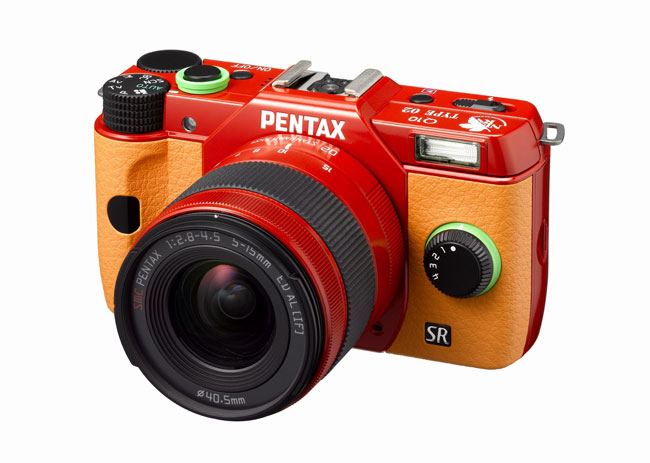 To recap the Pentax Q10 first launched back  in 2011 is equipped with a 12.4 megapixels CMOS sensor, Dust Removal DRII image sensor cleaning function using ultrasonic vibrations, ISO 100 to 6400 (1/3 EV steps), up to ISO1600 when times are set to 2 sec. or slower, Image Stabilizer Sensor shift Shake Reduction, and 3 inch LCD display to name a few of its features.Unfortunately no information on worldwide availability has been released.