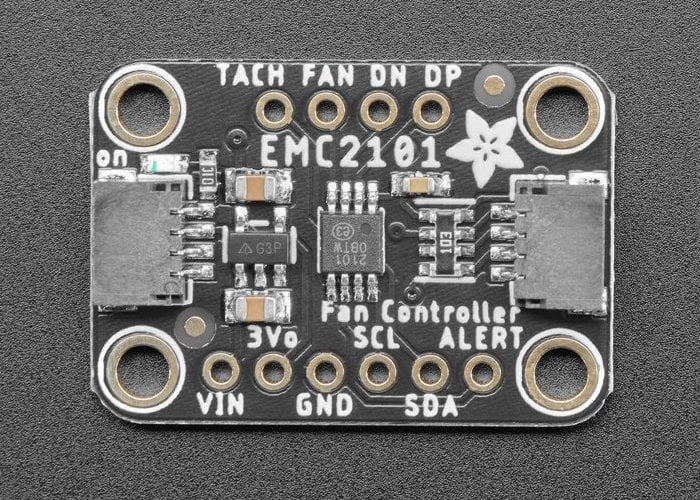 “The EMC2101 from Microchip/SMSC is a fan controller with temperature monitoring, and it will take care of all of that for you with a programmable PWM output and tachometer input.

Four pin PC fans have a power and ground pin (those are red and black) and then two more pins. One of those extra pins, the PWM pin, allows you to set the speed of the fan. The last TACH pin is for a tachometer output that allows the EMC2101 to monitor the speed of the fan to make sure it’s working as expected. Instead of using a PWM output and counter input on your microcontroller, this chip will take care of that all for you, all over every-day I2C.”