PayPal’s Android application has just received an update in the Android Market which now puts it on a level with its iOS counterpart. 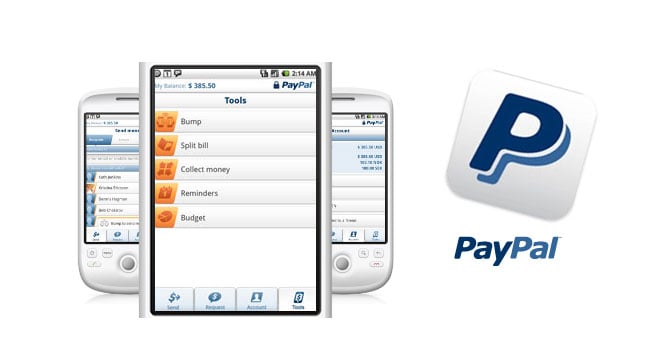 Bump allows you to share money with anyone by just tapping your phones together to complete the transfer, crediting one and debiting the other. As the iPhone already has this feature you can now trade money across platforms. As long as both phones have the Bump enabled version of PayPal.

The Split The Cheque feature allows you to now calculate the cost of a bill for each person in a group. Then allowing them to pay their share simultaneously.

There is also a new scheduling feature so you can set payment reminders for rent and bills.

PayPal 2.0 for Android is now available to download from the Android Market place for free. Have a look and our article on Android vs iPhone to see which smartphone and mobile platform is best for you.