Patriot Memory has announced a new addition to their range of external hard drives this week, with the unveiling of their new Gauntlet 320 portable wireless hard disk drive.

The new Gauntlet 320  hard drive from Patriot Memory is equipped with an internal lithium ion battery, that allows it to provide access for up to 5.5 hours of continuous media streaming, from its 320GB storage. 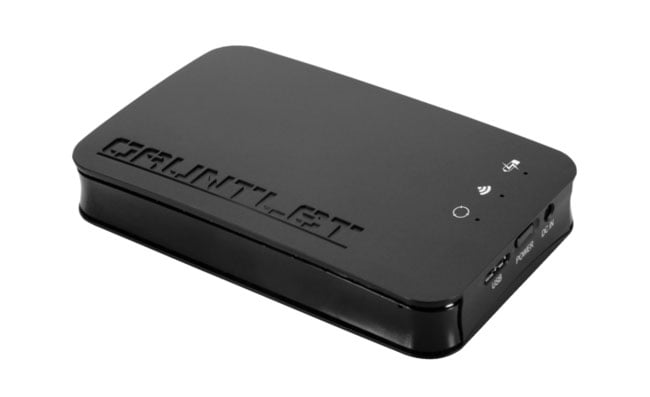 Other features of the external hard drive include secured wireless connectivity via WEP / WPA-PSK / WPA2-PSK protocols, together with Internet passthrough that will allow up to 8 other devices to connect to the new Gauntlet 320 hard drive, simultaneously.

Patriot Memory explains: “The Gauntlet 320 will be the flagship in Patriot Memory’s Gauntlet portable hard drive and enclosure ecosystem that already includes the award winning fully wireless Gauntlet Node and USB 3.0 Gauntlet 2 enclosures,”-“With the Gauntlet 320 consumers can, out of the box, power a home network while also not feeling the compromise of purchasing the lower capacity version of today’s most popular Android and iOS based mobile devices.”