Thomas Sohmers decided to combine a Parrot AR.Drone along with an Epson Moverio BT-100, which is a 3D head mounted display, and it is used to to simultaneously view the AR.Drone and an overlay of its video feed.

The Epson Moverio BT-100 also comes with a handheld controlled which runs Google’s Android OS and this was used to control the AR.Drone, have a look at the video of it in action below. 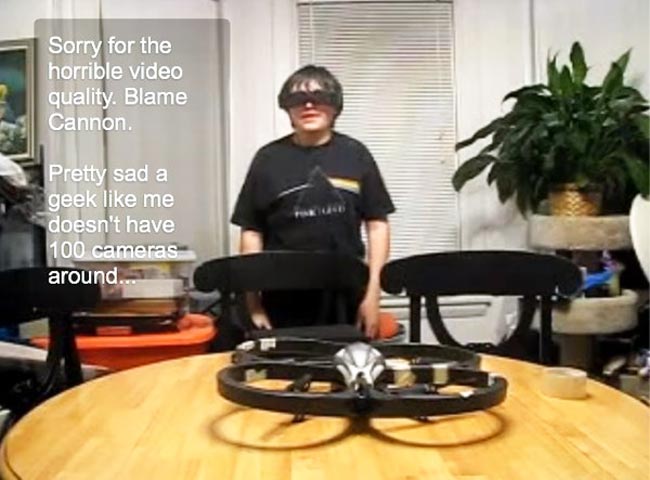