As well as the new camo finishes Parrot has also equipped their limited edition drone with new propellers in two different colours. The Sand camp model is equipped with beige and black, the Snow version white and black and the Jungle version khaki and black. 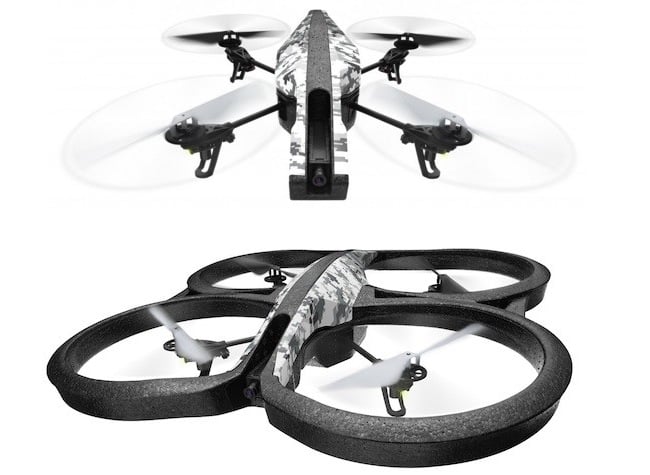 Other new features included with the Elite Edition include a new HD camera capable of capturing video at a resolution of 1280 x 720 pixels together with a new rechargeable battery providing the drone with enough power for up to 12 minutes of flight. The new Parrot AR.Drone 2.0 Elite Edition camo finishes include:

– Sand: A shading of brown, beige and black. Blend into the sand dunes and fly low to surprise gaming partners

– Snow: A mix of white, grey and black. Speed down snow-covered paths and spring up in winter conditions for maximum impact

– Jungle: The classic, with shades of khaki and brown. For the modern explorer in the urban jungle 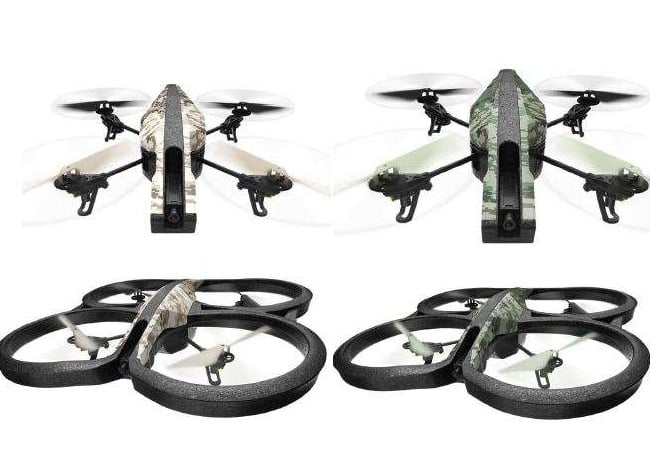 The new Parrot AR.Drone 2.0 Elite Edition is now available to purchase for $300 and is available from the likes of Amazon, Brookstone and Verizon.