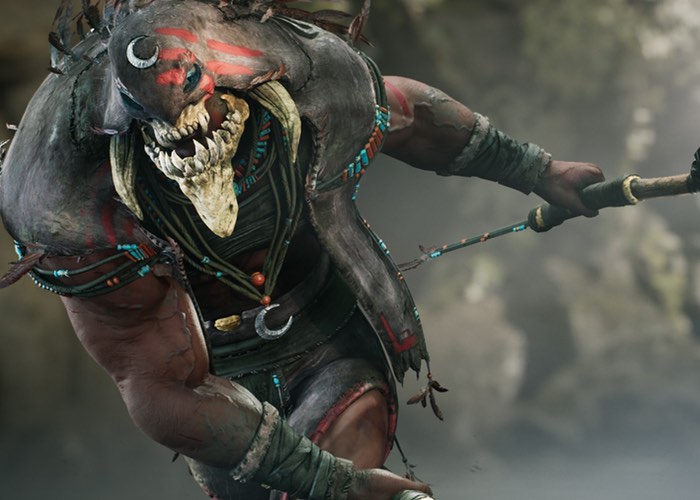 Paragon players that would like to learn more about Khaimera, are sure to be interested in this two-minute video which has been released by Epic Games to provide a good overview of its features and how you can build on strengths and diminish Khaimera’s weaknesses.

Khaimera is now available for all Paragon players to experience and enjoy using the Cull Ultimate ability allows Khaimera to select an enemy hero to root and deal Physical Damage to.

If you haven’t already had a chance to play Paragon the game takes the form of a third-person multiplayer online battle arena featuring symmetrical maps with bases are located at the two opposite ends.

Khaimera is a high-risk, high-reward melee fighter who’s recommended role on a team is a jungler. He’s a powerful duelyst, so if you go toe-to-toe with him, you better have some support or a really good attack plan. To make the best use of Khaimera, players should purchase cards that boost his physical damage and critical strike chance.

His passive ability, called Spirit Regeneration, gives him a temporary Health Regen that stacks as he lands basic attacks against an enemy. Khaimera can also leap to a target hero, briefly stunning them while also dealing damage within a small area around him. His unleash ability allows him to gain max attack speed for the next five seconds or attacks, whichever comes first.

For more information on all the Paragon characters and maps jump over to the official website by following the link below.