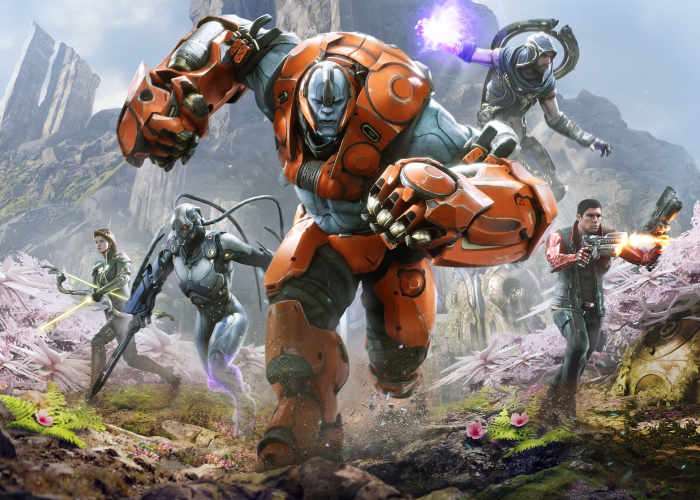 Paragon players interested in learning more about what they can expect to be added to the game during 2017 are sure to enjoy this new insight which has been provided by executive producer John Wasilczyk.

Who lays out a brief roadmap of what you can expect in the updates that will be rolled out to the Paragon online multiplayer game in the coming months. Also check out the Paragon Aurora overview trailer if you haven’t already done so.

In the next few weeks and months, the paragon team will be lining up these new features for release:

• Matchmaking system V2. All new from the ground up.
• Lots of balance changes. We know many things need to be improved and we listen intently. Expect continuous improvement and a handful of mistakes along the way.
• Banners: add your signature to every kill with this new system (screenshots and videos coming soon). It’s experimental but we think it’ll be cool.
• New Skins and Skin Variations: We’re giving you even more skins and a new system that will allow players to unlock more variations for almost every skin.
• “Hero Mastery” improvements. More content, more progression, and more rewards for getting Heroes to max level.
• Loot Crates: More loot (with more variety) will be rolling into crates over the next few months. Expect to find some rare banners and skin variations coming soon in crates.
• Hero Reworks: Revisiting old Heroes with new kits and balance.

What About Competitive Play?

We firmly believe that you can’t rush competitive play. Games that push ranking, events, and tournaments before the game is actually competitive are missing the point and going through the motions. Our guiding principle has been to work with you to figure out when Paragon will be ready, and we’re getting there.

Step one is to begin learning how to do it right. In the first half of 2017, we’re planning to roll out competitive play in stages so we get it into your hands and improve as we go. After that, we’ll deliver a full Ranked Mode that’s balanced for hardcore competitive gameplay.

As for events and competitions, we’ll be starting with laddered competitive events that transition into Paragon Invitationals. We’re also working on prized events that will provide real money rewards for players across many different regions and skill levels. Yes, the investment is real. We want everyone to be able to compete, not just the Pros. Expect more details on this over the next few months.

For more information on the new developments planned for Paragon during 2017 jump over to the official PlayStation Blog website for details by following the link below.