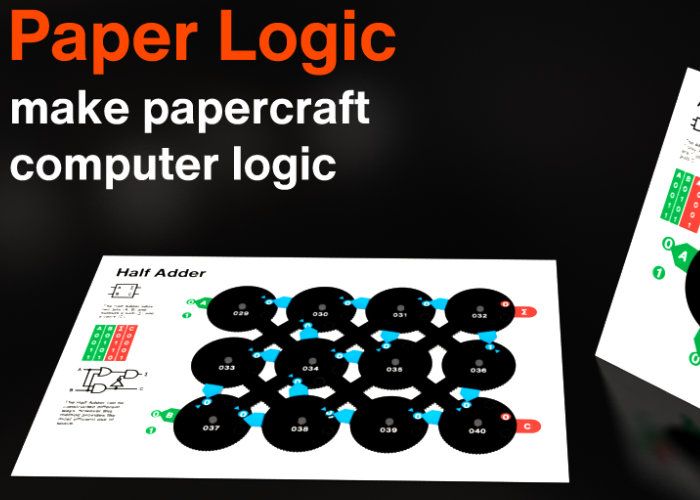 Designer and artist Philip Glofcheskie based in Ottawa Canada has created a unique paper craft computer logic system aptly named Paper Logic. Paper Logic takes the form of a digital book in PDF format providing instructions and resources for making paper craft simulations of many of the logic circuits commonly used by computers.

“The technique used in Paper Logic is based on a device called a ‘volvelle’, a kind of paper-based analogue proto-computer invented during the Middle Ages. Each volvelle functions as a logic gate which, when two or more are linked together, can form circuits. You don’t need to know anything about digital electronics or computer science to make the projects — in fact they provide a good introduction to some of the fundamental concepts of these fields.”

Launched via Kickstarter this week early bird pledges are available from just CAD$5 or roughly £3. Watch the demonstration video below to learn more about the unique paper craft computer logic book.